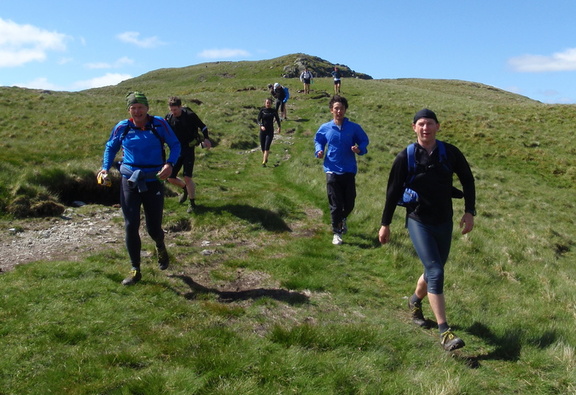 Castle Carr - the next AL English Championship. Their recce is on August 20th, details somewhere on the race website. It is essential to have, somehow, looked at where we are meant to be going, and this will likely have permission to go through the private grounds.

Maesgym Muddle - final British Championship race for this year. A bit grim up here at times. It was raining earlier on, but thankfully stopped as the race started. Just a drenching shower later on. Mist on the Moel Eilio ridge caused a good few problems. Dave Taylor, Liz Batt and Tom Saville walked out for prizes for whatever, but hardly the best team contribution, for any teams...Results , (with a bit of fiddling around....)

Sierre Zinal - results. They take a bit of wading through, but I see Judith is in the prizes...

looking for a carshare to three shires.

planning to do turner landscape if anyone fancies car sharing?