Dark Peak Fell Runners
@dpfellrunners
RT @sally_fawcett: I've never suffered with blisters before but the wet feet from inside the first hour made the last 2hrs agony. But, this…
3d • 2/08/2020 • 22:57 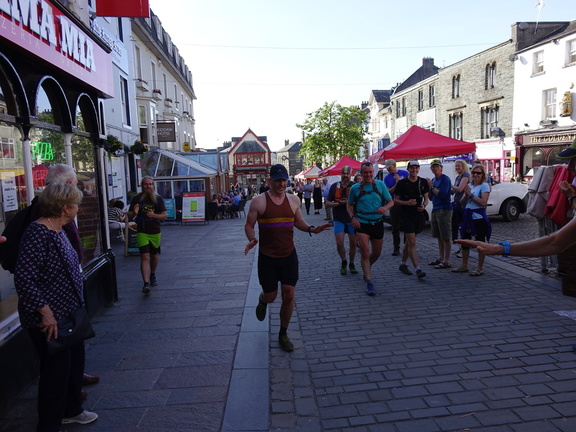 Unfortunately, updating the Carshare bog with tales of derring-do by club members out on the fells and details of up coming races has been an absolute doddle for the last six weeks. However, the arrival of my copy of The Fellrunner inspired me to put fingers to keyboard…

On 23rd March the FRA announced the cancellation of the 2020 English Championships. However, the first of the British Championship races had already been staged the previous weekend. This was Ras Yr Aran on a wet day near Bala, in mid-Wales. Top 10 finishes in their respective categories were taken by Judith Jepson (2nd WV50), Oli Johnson (10th MV40), Dave Taylor (3rd MV50), Spyke (5th MV50) and John Hunt (9th MV50). In the team events, our MV40’s were 4th and both the MV50’s and the women’s team were 2nd. Since then, the Northern Irish race that should have been held on 25th April was cancelled but, at the time of writing, the Scottish and English races which are both due to be run in August are still on. If, and it’s a very big if, they are both run then there will be a British Championship this year. I understand that decisions on this will be taken next month. UPDATE - This year's British Championship had to be cancelled as of 13th May.

After six races, the FRA’s 50@50 Race Series had to be put on hold for the time being. It is, however, the FRA’s intention to complete the series in due course and the expectation is that it will continue into 2021. We have no less than four runners in the top ten. Sally Fawcett leads the women’s standings and is 10th overall. Simon Mills and James Lowe, who is the 50@50 organiser, are 5th and 6th respectively. Finally your correspondent, who knows that whilst he can bring little in the way of quality to a fell race he can do some damage by repeatedly turning up at races, is lurking in a completely undangerous 3rd position.