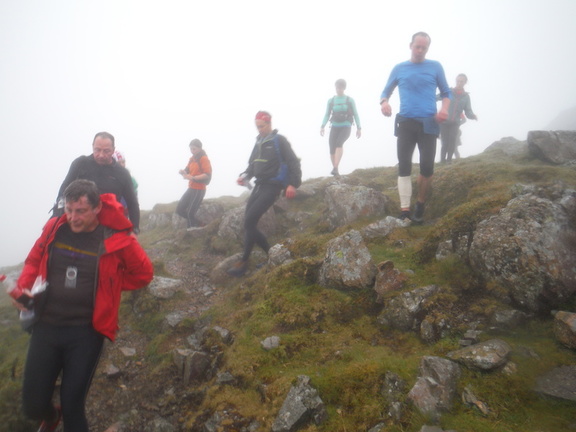 Until Thursday, 23rd July – Tha Sprunce (Race 9 Route 3). This week and for three weeks thereafter, we’ll be running Route 3 to the Headstone and back. Back in Olden Times, this was known as the Headstone Headache because there’s a bit of route choice, so get your thinking caps on. Redmires Road west of The Three Merry Lads is out of bounds. Run round the Headstone when you get there.

Monday 20th to Sunday 26th, July – White Stones & The Heart of Darkness TT. This new race is one of the highlights of the TT races that are being laid on this year and one that I’m very much looking forward to. The route that I plan to follow is barely 9 miles, but I anticipate that several of them will be very long miles. If the bracken in the upper reaches of the Westend valley is as high as I fear then it might be an idea to take a machete.

Wednesday, 29th July only - Looking ahead to the following week, in addition to the weekly TT race (Eyam & Abney), there is a recent addition to the Calendar and another not to missed highlight of the racing year, which is the third running of the Olympics TT. This is an Andy Harmer special, that is only contested every four years. Be there!

Blackden Skyline TT’s. These excellent races were won by Majka Kunica and Tom Brunt, who pipped Ralph by just 2 seconds. Several of us had trouble locating Checkpoint 1, making the mistake of visiting what I fear may from now on be known as Mad Jim’s Stones.

Rosie Walwyn’s tactic of almost never missing a TT league race continues to pay dividends and she sits serenely atop the Women’s league. In second place, Majka Kunica has impressively won all 5 of the races in which she has run. In the Men’s TT league, Tom Pape is narrowly ahead of Jack Foxall with the heavily scoring Ralph Skrimshire not far behind but who has contested one race fewer.

Bole Hills Bad Boy TT. At the race debrief that was held at The Sportsman, Ken Jones claimed that everyone had dead heated as we’d all run 2 hours something. The Race Officer may disagree. Results https://www.dpfr.org.uk/results/view/5572

Masher smashing the climb to Ringinglow

Alison and Ellie Wainwright completed the Bob Graham Round in a little under 26 hours over the weekend. I'm told that it "was a good effort in the horrendous weather, horizontal wind and rain for 75% of it". Unfinished business...