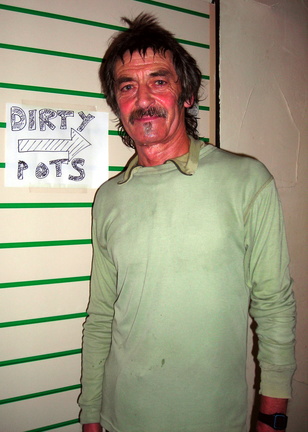 Having missed the Margery Hill start - dimwit - I took the opportunity to pick up Neil and Pete's lunch box clues, which in turn afforded the opportunity to reacquaint myself with a couple of the more idiosyncratic sections of the Landmarks route. You'll all no doubt be delighted to learn that the LIMM 2000 t-shirt, courtesy of Hawley tyres, still hangs proudly from the tree on Wyming Brook Knoll; though after a two year tenure, the hanger it is attached to seems to be faring better than the garment itself. I've made careful note of the 6.45pm start time and have no intention of missing this one too.

#3085
Andy Harmer says:
February 7, 2011 at 06:28 pm
Hi Warts,just a note about Wednesdays consultation meeting;for most Warts the outing on a Wednesday is pure magic,a real sense of getting away from work/the city and great comaraderie-whatever the weather.The Alport castle outing says all there needs to be said.However over the years the outing has changed,Hallam bog great as it is has lost its charm when the big hills/darkness/and even rougher ground attracts.Hopefully the meeting will not be too acrimonious-and all should speak out but there are differences of opinion,which sadly have become polarised,and friendships frayed.The program this year attemted to marry some of the differences ie running near the Club hut/Sportsman so we could meet other club members and support the pub,hoever there are some of the group who will search out the big hills whenever they can--should they let others know of a similar mind,or does it become exclusive? What obligations have the Warts to the rest of the club ,who run on a Wednesday-or the Sportsman-your views are important. On a wider level ,affecting the summer program,are there similar issues-and is that a matter for the A.G.M and not Warts-with the clocks changing at the end of March these matters are pressing.Willy-john-Dave all need to know so that good/clear communications exist.Andy.
#3084
Willy Kitchen says:
February 6, 2011 at 05:05 pm
Be it on your head, John. I'll take no responsibility when it all goes to pot in the dark.
#3083
John says:
February 6, 2011 at 10:32 am
At least I know who to follow now!