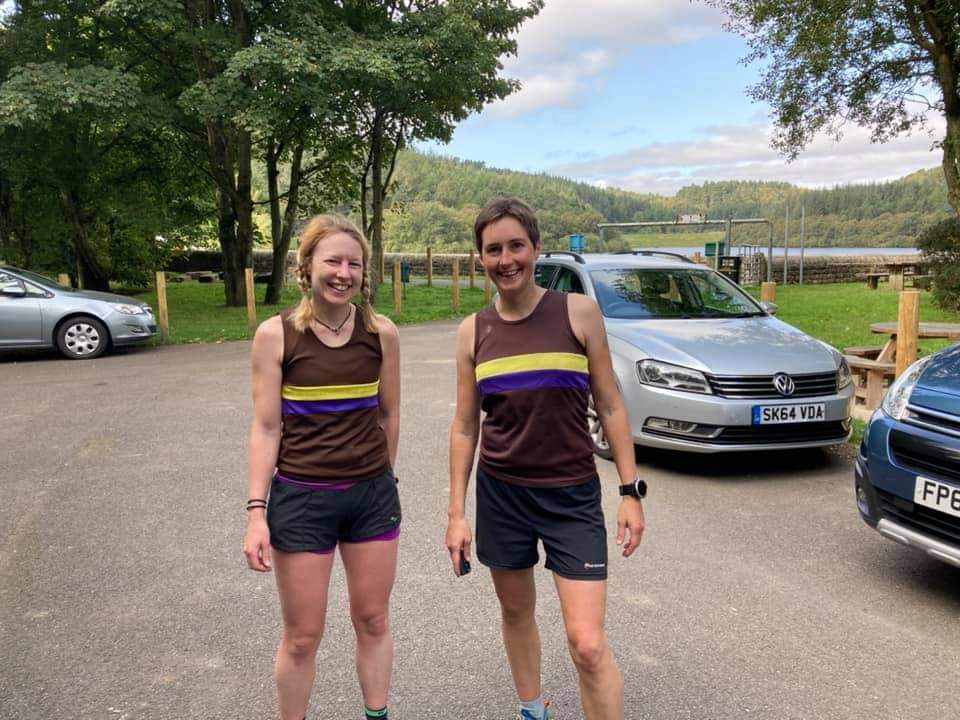 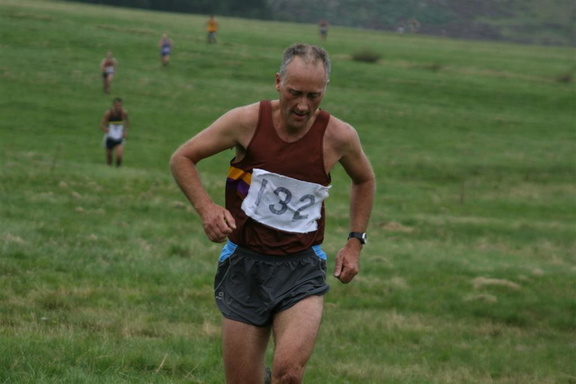 A select group of hearty warts set off from the nether parts of our region near Saltersbrook on the Woodhead Road. A cool night but very still, so no epic but nonetheless a testing part of the Peaks (with lots of variety, Mr H.) We set off up one of the "Small Cloughs" onto the watershed, which was predictably moist and then to the small sheep fold somewhere below Barrow Stones (which we are assured will be a checkpoint in the next club champs!). From here we went to Barrow Stones and quaffed whisky but no Raspberry Ruffles. It should be noted, at this point, that the group throughout the run was consumate in its coherence. In the absence of Mr Holmes who had joined the southern (very) softies, there were no splitters and consequently, nobody wondering who or what that light was in the distance!! After this we went downhill (literally, not metaphorically) and then up Hoar Clough to some extremely moist ground and then back to the cars. We had a drink at the Dog and Partridge, an excellent little boozer and one to recommend!

#3115
Dave Holmes says:
March 15, 2012 at 11:13 am
If I'd known you were going to Barrow Stones I'd have come out and brought the Raspberry Ruffles! Sounds like an excellent location for a whisky stop. Southern Softies had a brisk thrash round Burbage, Mitchell Field, Lawrencefield and Padley Gorge, but I have to say that the ratio of flasks to runners was decidedly poor. Lovely pint of Hop Fest in the boozer afterwards, despite the ridiculous claim on the handpump that it was "brewed with live yeast", (as opposed to dead yeast, presumably), and despite the eyewatering asking price of £3.50. Normal service to be resumed at Yorkshire Bridge next week. Last one to the top of Win Hill is a sissy!