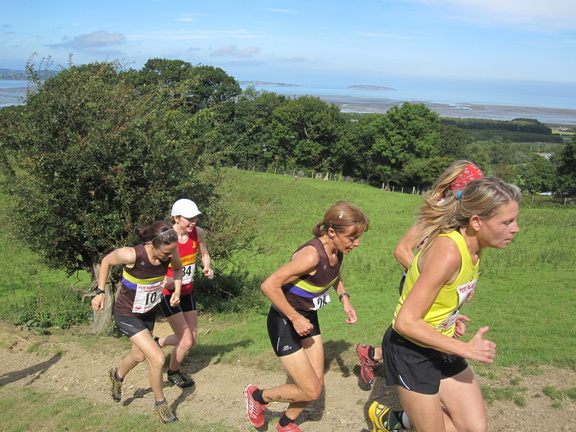 The start locations for the Warts’ winter season fixture list are mostly spread over the north, north east and north west of the Peak district so that the tussocks, streams, bogs, heather and bracken can be thoroughly enjoyed. The Warts living in the south, therefore, have a longer trek for these delights. So, at least one fixture location in the south is granted by the Cap’n, as compensation. We southerners looked forward to the short trip to The Grouse. However, injury and other activities meant that only one of the Ecclesall contingent turned up. Thankfully, the Totley, Curbar and Hathersage Warts did appear. The Loxley Valley Warts made the long trip to the foreign south to enjoy whatever delights were to be offered.

Such was the apparent tussock trauma of last year’s outing from The Grouse that some parts of Big Moor were to be avoided for a number of years until full rehabilitation of these Warts had been achieved. This night, three (at least) routes were suggested, variously including the White, Froggatt, Baslow and Curbar Edges together with a stone circle and Wellington’s Monument. A choice of a sort of amalgam of the three was made and away we dashed (!) from the pub car park. However, such is the unfamiliarity of the Cap’n with path running that, within the first half mile, he performed a tumble resulting in an outburst of the danger(s) of such practices. Amazingly for a Wednesday Warts’ wander, our feet remained dry for most of the path along Froggratt and Curbar Edges. However, a diversion to a trig point soon cured that problem as we picked our way through a bog worthy of any northern Dark Peak bogs.

As is becoming routine for Warts’ outings, the original plan, to visit the Wellington monument, was shelved as we arrived by more dry paths at Curbar Gap car park. This rethink possibly may have been because it would involve passing the Eagle Stone and some Warts may have been tempted to prove their virility (allegedly) by climbing it. So, for health and safety reasons, the new plan was to descend on the road (!) and then follow a long fairly muddy track in the trees and underneath the edges to the northern end of Froggatt. Here, yet another last-minute change was made to visit the indistinct stone circle which had been missed on the way out.

So, honour was satisfied in that we visited most of the planned places and the southerners had their moment in the sun/dark though I suspect it may take another year before the Cap’n returns! Equilibrium was restored in the pub as the discussions ranged from lactose intolerance, volcanoes, the near extinction of the human race and the capture of methane from burping cattle.