UTC South Durham, National Three Peaks Stair Climb
@ThreeStair
@dpfellrunners I'm sure you can get a team out for this! It's a run to raise money for my school to manufacture…
1d • 7/04/2020 • 20:37

James Pierce
@InvisibleJim1
Five years ago incredible scenes as we supported @NickySpinks on her #bobgraham round record attempt. This pic does…
3d • 5/04/2020 • 9:57

Dark Peak Fell Runners
@dpfellrunners
RT @peteblandsports: As we begin another month, our shop remains closed and the vans remain off the road. So online it is and another disco…
4d • 4/04/2020 • 8:47

Dark Peak Fell Runners
@dpfellrunners
@lliongerallt Its Rob Davidson, member of our running club. Good work Twitter. Follow me and I can dm you and share details
10d • 29/03/2020 • 13:04
Scroll down for more ... 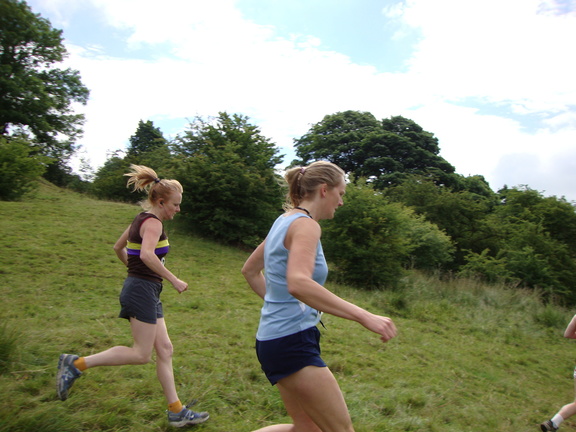 After all, though the Warts are a sort of sub group, we are still members of Dark Peak Fell Runners, the name implying, amongst other things, we are creatures of the night. The first rule of Warting, therefore, on a Wednesday evening is the necessity for it to be under the cloak of darkness. Also, rule number two requires the terrain to include a high proportion of rough ground, often now described as Harmerian.

So, the Warts were in alien territory in Castleton for our annual winter visit to the White Peak. Early misgivings about this venture were soon confirmed as we ran up the road (!) to a snicket leading to some slimy and muddy field crossings. If it’s possible, this type of mud seems to be much dirtier than peat and, soon, there were mutterings of discontent (rule number three?) which were relieved by a stretch of road at Odin’s Mine. The climb to Mam Tor seems to be exponential, in that the more you climb the steeper it gets. Whatever, it’s hard work but it warms you up by the top. The lack of meteorological wind and its cooling effect on the climb was somewhat made up for by somebody’s personal wind which hovered odiously over the group. It probably did us some good.

The plan from there was go to the pond on the north side of Mam Tor though at least one Wart was less than keen. Whilst we peered over the edge waiting for a couple of Warts to arrive, there was a bit of a kerfuffle involving excitable dogs (three of them) one of which was so excited it decided to eat its owner’s leg (you know whose leg) thereby producing an awful lot of shin blood. It was very gratifying to see the number of people helping and what can be used to repair a half-eaten leg. Some remnant snow provided a sterilised wash, a plaster materialised from somewhere and a doubled, still warm, buff proved to be a useful tourniquet/bandage. After these running repairs which left a patch of bloodied snow for any later visitors to speculate over, we had been significantly delayed thus compromising our planned route to the pond (rule four is to change the planned route) leading to false, of course, accusations that some people will do anything to avoid going to the pond.

The flagstones off Mam Tor and a bit of road running elicited more grumbling (rule three again!) before reaching the top of the left-hand side of Winnats. By this time, some Warts had split off in different directions from Mam Tor and some latecomers had managed to reach the pond though they were not seen by the main group of us until the pub. Rule five is to do with the group breaking up and, sure enough, the view from the top edge of Winnats was enough to cause a further split leaving only a few for the crossing. There is a sense of power (misplaced, no doubt) in being able to watch the car head lights going through the pass whilst watching from high above. Such dreaming was brought to a rapid halt as we faced reality and descended, surprisingly, mainly on very steep grass. Up follows down in the fell running world so we were able to follow a sort of track up the, again, steep other side. This was without doubt limestone country so the meadow land at the top proved to be almost pleasant easy running but there is often a sting in the tail for any Warts’ outings (rule six??). There are various stony gullies leading eventually to Castleton and there’s nothing like the combination of running water and polished limestone to bring tears to the eye. It was a slow descent with more comments about going back to the Dark Peak (rule three again).

What remained of the main group arrived in the bright lights of Castleton not having crossed the border into Dark Peak territory, namely the pond, though Willy K et al. (only seen at the pub) apparently did. After this possibly eventful, dangerous, strenuous and interesting expedition to the White Peak we retired happily to the pub, having satisfied the rules of Warting. It had to be done!