DPFR Juniors
@DpfrJ
A favourite destination of many a Dark Peaker and the junior races through the village have been the scenes of nume…
6d • 21/10/2020 • 8:13 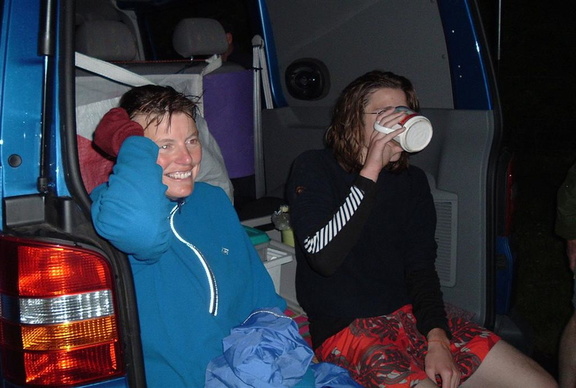 Big Brother is watching you! A recent news report included an aerial shot of walkers, not runners, you’ll notice, on Curbar Edge. Graphically, they were tagged with the comment “Not essential” and likewise, shots of cars at the car park were also tagged and, I understand, their number plates were recorded. I guess these views were generated from a police drone (they were, our Curbar representative tells me he could hear it). There have also been warnings from various organisations such as the Peak Park, their residents and the BMC to stay away so it’s clear and understandable that we are not currently welcome in the Dark Peak. There’s no getting around it!

Whilst solo running off paths and in the dark could be considered to be sufficiently isolating, if not completely mad, it is nevertheless not acceptable because of the risk of injury from a non-essential activity. So, Warting as we have known it since the foot and mouth crisis a few years ago, is banned! So, no Warting, no Dark Peak, no Fell therefore no DPFR but at least R remains. But wait, there may be a silver lining to this cloud. On my early morning wanderings running from home, self-distancing has become the norm, if not an obsession. Whilst Ecclesall Woods and Limb Valley are not areas well known as fertile ground for Warting, the need for self-isolation has driven me into some limited patches of knarly territory.

I suppose the orienteers have already led the way in finding these patches. I remember many years ago, going out for an innocent run, when I was enticed almost accidentally into an event in the Woods. I soon realised that bramble bashers were not horticultural weeding devices but some form of orienteer protective gear. Soreness and scratched shins combined with disorientation were the main benefits of my excursion into the world of orienteering but it was a sort of early introduction to Warting. At the moment, the search is still on to link up the local knarly patches in an attempt to find a continuous strip of Harmerian horror suitable for Warting. The latest discovered patch is in a beech wood in Limb Valley (note, not in the Peak District!) on a steep hillside. In this current dry spell, the accumulated beech nuts have dried so that they produce a rolling surface for any one climbing the slope. It is rather curious to lose grip and slide between the tree roots forcing a walking pace, anyway, that’s my excuse. Admittedly, it’s not quite Priddock Wood but it’s just about in the same league. This limited rough stuff has the beneficial effect of massaging the ankle joints which may have become a bit less flexible with all the path and, dare I mention it, road running we’ve been forced to endure.

Clearly, there’s more searching to be done to complete my essential work to establish Urban Warting routes which will ensure safe social distancing. Well, that’s my justification for local exercise! When the work is completed, we will all become Urban Warting Runners (UWR), a new sub group of the temporarily (hopefully) obsolete DPFR.