Dark Peak Fell Runners
@dpfellrunners
RT @cbdgb1: A wee wander up Scafell Pike today with a spade and brush for @fixthefells and @NTScafellpike wondering why no litter. Bumped i…
2d • 18/10/2020 • 19:20

Dark Peak Fell Runners
@dpfellrunners
RT @TimBirchWild: Vigo our incredible #BeardedVulture has finally left our shores. The French Alps where she was born is calling her home.…
4d • 16/10/2020 • 13:57 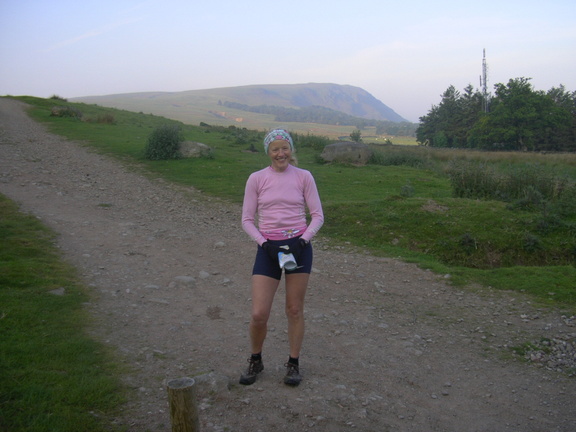 Our currently shrunken world has meant any running excursions are generally limited to what can be reached and returned from, using your own two feet, from home. This limited circle of my world has developed into a grumpiness brought about by the particular over familiarity of the immediate initial starts to any outing. I can now tell you how many drainage bars there are across the tracks in Ecclesall Woods. And, if you want to know, should you be so interested/sad, there are twelve along the steepest section of the Woods. Arguably there are thirteen since one is now hardly functional and is in such disrepair that it’s necessary to really search for it….. This useless detailed knowledge stems from my lack of speed and the need to count something, anything, to take my mind off the task in hand, i.e. running (?) steeply uphill. Other interesting features of that specific path are the trip hazards, two small tree stumps and a prominent embedded brick. Their positions are never to be forgotten having tripped over all of them, probably because I was too busy counting drainage bars!

This closing in of horizons and over familiarity makes the hills and rising ground previously hardly noticeable, now become significant obstacles to overcome. However, in reality, this may be a result of deteriorating fitness rather than over familiarity. So, for the sake of sanity and proportion, a widening of horizons was needed. Well, just how many different places is it possible to visit with the conditions that they’re reachable, not on road, there’s some rough ground (after all I’m pretending to be a Wart), there’s a decent hill with a view and it’s quiet? For proper Warts, there’s also the need for darkness, the sighting of more hares than people and plenty of peat bog for the conditioning and maintenance of feet colour. No self-respecting Wart has white feet, remember, the club was temporarily renamed Dark Feet Fell Runners one particularly wet and muddy winter season, pre-neoprenes.

Day dreaming about TV programmes (another effect of confinement, perhaps?), I remembered one called Twin Peaks which I’d never watched but which had a very peripheral connection, through its name, to fell running. Was there any such pairing nearby? Bearing in mind that our National Park is called the Peak District, for any local peaks I may choose, I would be licensed to include round topped ones rather than peaky ones, since most in the Peak District are so. What emerged from my randomly generated thoughts was the coupling of Oxstones and Houndkirk Hill. Certainly not perfect, there was some familiar ground to cover to access them, but nevertheless worthy I thought. So, on a sunny morning (first wearing of shorts), having reached the first “peak” of Oxstones, I was able to enjoy the soft peat and heather to reach God’s Spring which was in glorious full flow despite the current drought like conditions. My memory of the way to the stream crossing was one of bracken and rocks with a hint of a path. No longer, now there was a significant path with a sensible (not Warty) crossing before a climb to the second peak of Houndkirk Hill. What a pleasure! Despite its lowly reputation, it is a local beauty and could, from the right angle, be considered to be a peak. The return was not so glorious. By now, it was no longer early and my confinement grumpiness came to the fore as Lady Canning’s Plantation was busy. Deviating on to little used fire breaks, I kept to the social distancing rules and subsequently scrambled up very steep slippery slopes, dived into brambles and diverted on to alternative tracks to stay safe.

But to keep a sense of proportion, I had reached the heather moors and two peaks in the most glorious weather. I had no right to be grumpy!