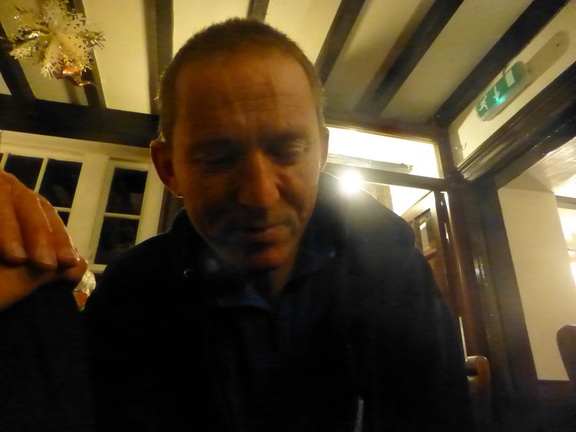 A sort of repeat performance?

As Warting prowess declines for some of us, it is noticeable that Wednesday night start times are beginning to creep earlier and earlier to ensure either we’re not benighted or, possibly more likely, that we can get to the pub earlier. The five o’clock start declared for this September night meant leaving Sheffield at about four-ish to get to Doctor’s Gate near the Snake summit. Our last visit was in March, pre-lockdown, when we were blessed with heavy rain, gale force winds and, of course, darkness!

There was no such bracing weather as we started this evening and no wet feet up the normally watery paved part of Doctor’s Gate. And, it was daylight which makes navigation a touch simpler. Our previous visit included a route miscalculation to Cabin Clough rather than to the newish bridge at Birchen Orchard Clough. This time the bridge was reached without much difficulty though one Wart arrived bloodied (but not bowed) having nosedived into the heather. Unaware of his blood-spattered face, he joined, Banquo’s ghost like, the others at the bridge.

This bridge was the first check point of last year’s Club Championships so, in these Covid fraught days, this prompted speculation about whether this year’s champs could actually take place. The Cap’n suggested a time trial or staggered start approach using the same checkpoints as last year. The parking is reasonable in Glossop and there are apparently no access queries. This enthusiastic discussion was curbed a bit as we followed the course to the second checkpoint at Lower Shelf Stones. This climb must rate as one of the Dark Peak’s longer and harder climbs so the enthusiasm for this route waned a little. One member of the group also managed to organise to receive a phone call half way up thus providing us all with an excuse to stop and admire the view of yet more uphill. Meanwhile, the developing strong wind was as ever happy to remind us that it was Wednesday night so a good battering was thankfully received over to Higher Shelf Stones. A bit of shivering, searching for spare clothes and sheltering behind rocks and talk, only, of whisky encouraged us to move on quickly via Crooked Clough and the PW (hardly touched) to the tussocky moor and the car park.

It was very much an evening of repeats and deja vues which may be experienced yet again in November if the proposed Club Championships is accepted. However, despite all this repeating, practising, reccying and the subsequent detailed outdoor pub discussion at the Anglers, will we get the route right on the day?