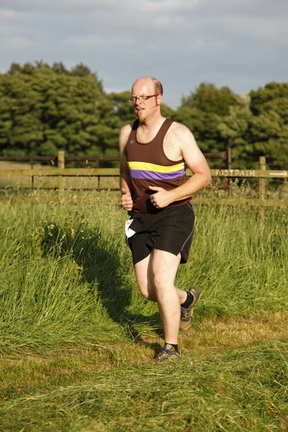 The autumn solstice brings solace to the darkness loving Warts. Whilst we did bring forward the start time (5.00pm) for the evening’s adventure, it was agreed that it was an aberration and there would be only one more slight concession to the daylight next week as preparation for the first night time trial in two weeks’ time, the Hunter Wreck.

Thus, the 5.00 pm solstice Warts had the pleasure of welcoming Bob back after a long absence before leaving the Westend layby via another of the Warts’ knarly starts, not quite up to the Priddock Wood standard but still requiring, thankfully, a walking start, thereby setting the pace for most of the rest of the outing. There was a slight disappointment in that the Met Office mountain weather forecast was for heavy rain which was not forthcoming as we climbed to Banktop Hey. I suppose you can’t have everything though! We did have the heather, the tussocks and the drainage ditch (a bit of running here) to entertain us to the two rather luxurious cabins in Lower Small Clough. I don’t know whether a grimness rating has been developed for unattractive places in the Dark Peak but I imagine the exit up the Clough must be a suitable candidate with its deep dark sides with no view and its draining water. It was a pleasure to arrive on open ground.

But, not for long as we embarked upon a quadruple crossing of rocky and vegetated steep sided valleys. Firstly, across Grinah Grain (when Steve M and partner joined us) where various contouring lines were taken through the bracken to the Westend ruined sheepfold. More slimy scrambling through bracken, rocks and thorns some of which are still embedded in my hands, brought is out of Ravens Clough. In this area the twitchers identified kestrel, buzzard and crows (perhaps, more appropriately, ravens?). Three valleys done, one more to go. By now, the rain did appear, so faith in the mountain forecast was partially restored, particularly for those who took it seriously, not all Warts do! To add to the delight, darkness was closing and there was more scrambling out of Black Clough and more heather and tussocks to enjoy. Another drainage ditch meant some running (!) which meant we were well and truly separated with most of us eventually finishing in pairs through the tricky brashing strewn wood near Fagney Clough. The drainage ditches on the track in the wood provided some Beechers Brook experience to round off the evening.

It was quite a Warts’ outing topped off with the added pleasure of changing in the heavy rain. This was the final straw for some as shown by the number turning up afterwards at the Anglers, just three of us. The rest went home for a hot shower or they were too traumatised to face the comfort of the pub. Will it be different next Wednesday when the dark season starts?