Mam Tor/Odin Mine CANCELLED
Today
9:30am 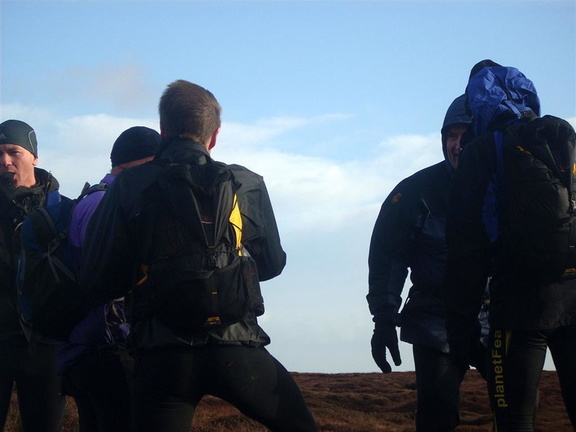 The event starts and finishes in the Carding Mill Valley, Church Stretton and involves a tour of some fine hills in Shropshire and briefly across the border into Wales. The climbing starts straight away to Pole Bank on The Long Mynd. Then across country for an ascent of the ancient volcanic mound of Corndon Hill with its various burial cairns (some iron age and others for ultra runners who failed to reach the summit checkpoint). The survivors then tackled the jagged and uneven "path" on the Stiperstones on the way to Earl's Hill. There was easy running on the Betchcott Hills back to Carding Mill Valley and the half-way point. After road and trail to Easthopewood contestants had to pit their wits against cornfields lacking cleared paths along rights of way and follow tractor tracks to somehow find hidden stiles in overgrown hedges. Things improved running along Wenlock Edge until a pile of leaves turned into snakes and bees; a scarecrow came to life and starting chasing me and a 3,000 foot chasm opened up at my feet; at that point it occurred to me that there was a slight possibility that I may be hallucinating! After a 20 minute nap at the next checkpoint normal service was resumed to tackle the last few hills before an ascent of The Long Mynd again via Knolls. A final downhill dash led to the finish where the fun began the day before.

Weather: Very hot - even at night.