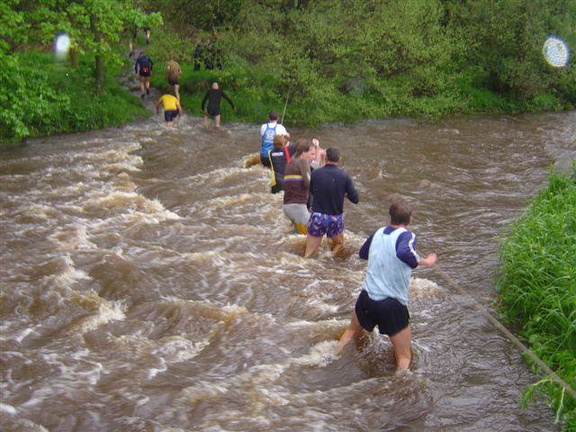 This is a point to point trail ultra that runs from Ashbourne in the far South of the White Peak along the fully signed Limestone Way path through the White Peak to Hope where the Dark and White Peak meet.

This undulating route starts at the entrance to the Tissington Trail in Ashbourne, and follows the trail just past Tissington itself, then leaves the Tissington Trail and heads across to the village of Parwich. From here the views of the White Peak begin to open up as the route follows the Limestone Way to Bonsall where the first of three checkpoints en-route is located. After dibbing in, the route takes us to Youlgreave via Winster and Robin Hood's Stride with great views of the Hermit's Cave and Nine Stones Close stone circle. From Youlgreave the route heads to the second checkpoint at Monyash Village Hall, via the picturesque riverside path up Bradford Dale, then down a steep limestone staircase into Lathkill Dale. Leaving Monyash the route progresses along the most laborious section of the whole race, a long climb along a roadside path to the outskirts of Chelmorton via Flagg. Joining the trail again the route heads down a steep wooden staircase into Miller's Dale. Here the race diverts off the Limestone Way, heading to Wheston then rejoining it at Hay Dale for a last mile or two, before it reaches the third and final checkpoint at Peak Forest Reading Rooms. From here the route climbs onto Old Moor and descends into Castleton via Cave Dale. After a brief section of road through Castleton the route takes the riverside path along Peakshole Water to Hope. From St Peter's Church in Hope the route double-backs along Castleton Road to the finish line at Hope Sports Club.

The weather was cool and sunny, with a ground frost in the first half hour of the race. This was in stark contrast to the 2017 event where the check point cut-offs had to be extended, as much of the route was muddy or water-logged, and visibility was low due to mist for much of the day. This year was mainly dry underfoot making for a faster race. Even the Cave Dale descent was dry enough to be runnable with tired legs, 41 miles into the race.

Permalink | Closed to new comments | Last updated on Tuesday 9th October 2018 at 4:57am