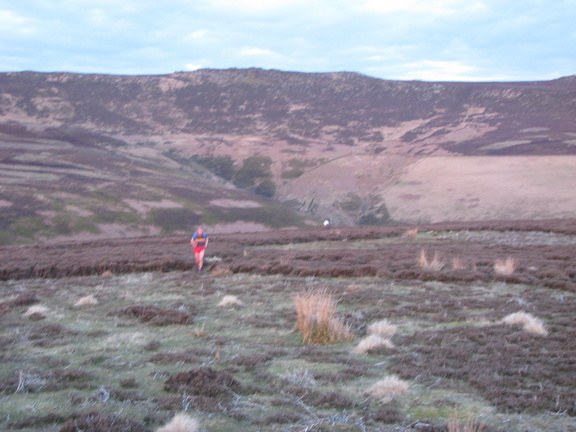 The Haworth Hobble is a race for singles or pairs with mostly single runners taking part. During the event there were hot dogs, doughnuts, whisky and other refreshments.

There was a very stiff breeze to start with and sideways rain. The wind caused large waves on the first reservoir which would not have been out of place in the North Sea. The conditions eased off later to my dismay since I had been enjoying the wild weather and had been hoping for things to deteriorate. The shot-blasting by hailstones provided modest consolation for the sun coming out.