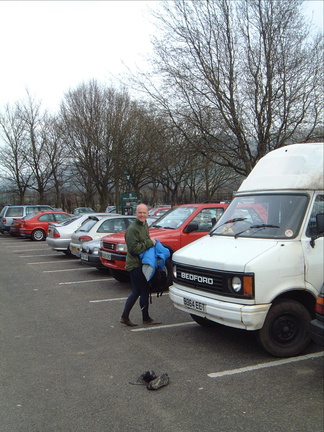 posted by StevenJones on 2nd Apr 2019

Starting at Askham the route visited the summits of Loadpot Hill and High Street before passing Angle Tarn on the way to Patterdale. A steady trail up Grisedale led to Grisedale Tarn then a rocky path continued down to a fast track to the Wythburn Church car park. The ascent of Helvellyn took the race to the highest point of the course then along to Whiteside before descending to Glenridding and back past Patterdale. Place Fell was the final peak to be tackled before a return to the start via Martindale Church.

The race started at 6 am while the weather was a bit chilly but with the slow steady ascent from Askham things soon warmed up. Visibility throughout the day was good apart from some of the tops which were embraced with clag. The scenery on the route is excellent and is a welcome reward for the hard work of the ups and downs of the route. After Grisedale Tarn there appeared to be some entrants well off-route as they descended obliquely to join the path that I was on. It turned out that they were a group from Dark Peak doing a BGR recce and it was good to have a quick chat with them on the way.

For the final mile or so I had been lagging behind a few other runners trying desperately to catch up and maybe overtake them. They eased ahead on the final small ascent before the long descent back to Askham. With the benefit of the slope to aid me I put in a final sustained effort to get almost within touching distance of them before they also speeded up. Not to be outdone I increased the pace to maximum and managed to overtake most of them before staggering to the finish. I collapsed in a heap on the floor as the others strolled past to sample the soup, bread and cakes, etc. It was about ten minutes before I was able to prise myself off the floor and join them. A superb day out. Mike Robinson had run well and finished more than two hours ahead of me with a top ten finish.