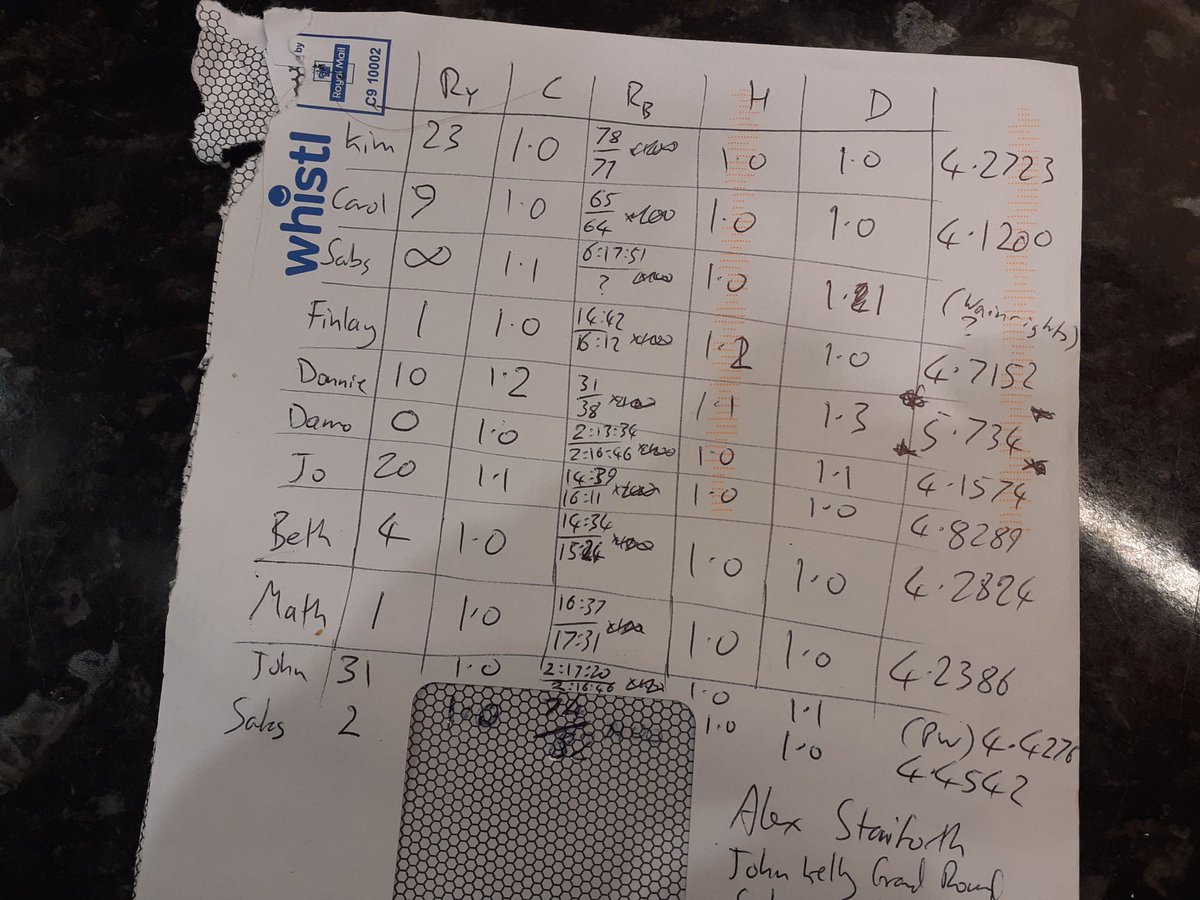 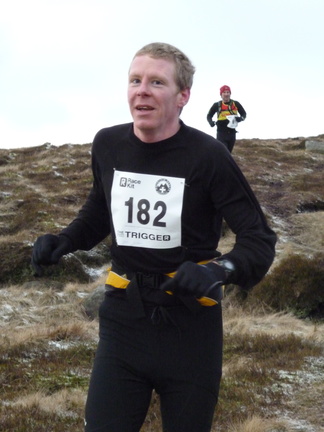 The first two Beacons 100 ultras started and finished in Brecon and took in the Brecon Beacons, Black Mountain to the west and the Black Mountains to the east. This year the start and end point was in Crickhowell although the route otherwise remained the same.

The race started at 8 pm on Friday 9 August 2019 with 37 runners heading north to tackle the Black Mountains. The weather forecast has put some people off with festivals and so on cancelled throughout the country. Others were said to have been deterred from taking part after doing a recce of parts of the route.

In a bout of optimism I had set off with my waterproofs in my rucksack since the weather seemed to be improving. Less than 10 minutes after setting off heavy rain started causing me to scramble to put on full waterproof covering. The delay relegated me to only one place from last position. However, on the ascent a wall of thick clouds waited as if in ambush and obscuring the summits. By the time the first summit had been reached I managed to overtake about a dozen runners as it got darker and the clag layer had been entered. The wind picked up steadily and the rain kept on incessantly although it did relent briefly to be replaced by sleet. Apart from a couple of instances of having to battle through some dense bracken the first section went well.

A few more hills followed and some road running. Checkpoint 2 preceded some canal and an easy trail section to the Talybont Reservoir. Thereafter the wind became malevolent and the exposed climb up Twyn Du offered no shelter. I could see other runners ahead being battered and blown about trying vainly to keep to a straight line. I couldn't tell if I was on a path or a waterfall on the ascent as I waded onwards remorselessly. Navigation was hindered by the driving wind and rain prompting a stooped posture with eyes half closed and semi-focused on the ground rather than looking ahead. Any exposed flesh was subjected to a painful scouring by the rain.

After Carn Pica the summit plateau would have offered good running but the severe wind made walking challenging on the approach to Waun Rydd. The long descent on the other side seemed an effort on legs weary from battling the headwinds earlier on. Some road and path sections followed into Brecon before heading south and wading along roads. I lost count of the number of large branches that fallen across the roads here brought down in the winds on the approach to Cribyn.

The wind seemed to double in intensity with each incremental advance up the mountain. The final 100 metres or so involved waiting for gaps in the gusts and lurching forwards and upwards while bracing for the next gust and half anticipating becoming airborne at any moment. Then down and up again to Pen y Fan and Corn Du before the descent to Storey Arms while being constantly buffeted by the wind.

At the Storey Arms (checkpoint 4) there was a van to sit in where I was able to tend to some chafing issues and lie down while contemplating the next stage. I was informed that I was in 8th position with only 4 runners behind me - the rest of the other competitors having retired. Shortly after I arrived two runners came in and promptly retired. Another runner came in and set off almost immediately and the final runner joined me. As we readied ourselves to push on we were held back and advised to await an announcement. Shortly after that the news came in from Race HQ that the event was being stopped on the advice of Mountain Rescue. The winds were predicted to pick up again later and on safety grounds all competitors would be stopped at their next checkpoints and taken back to base. Hence there were no finishers and at the time of stoppage only about a dozen entrants had not retired. So I missed out on three more of the Brecon Beacons mountains; the Black Mountain; the various river crossings; the marshy tussock grass and pathless terrain; more Brecon Beacons mountains; Tor y Foel and various other hills. Already I am becoming increasingly obsessed by returning next year to complete the full course in Wet Wales.

About a week after the event the organisers revised the results to show the results based upon who was still in the race when it was stopped. It had been stopped for safety reasons after 19 hours. Out of the 37 starters only 12 had not dropped out and were still in the race. How many might have reached the finish if it had continued? With the conditions and attrition rate any finisher might have achieved a podium position. At the time of the stoppage I was in 9th place. Next year's event will take place on 7-9 August 2020 with a limit of only 50 places.Entries open on 27 September 2019.