Dark Peak Fell Runners
@dpfellrunners
RT @LongshawEstate: It’s like heaven on earth here today at Longshaw due to the great work done by collaboration of these local agencies,th…
3h • 12/08/2020 • 13:51 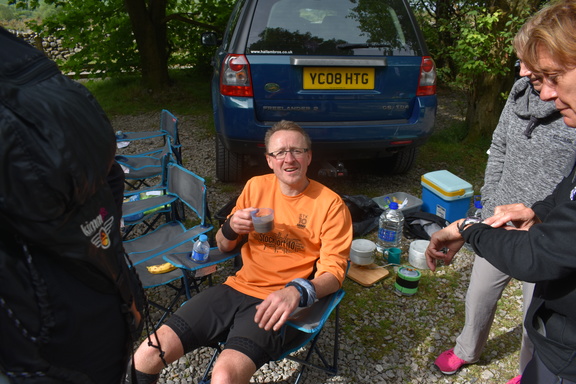 A trail run around Rotherham following the Rowbotham's Round Rotherham footpath mostly over farmland and rural areas on sign-posted paths, bridleways and roads with very little ascent. The weather was about perfect for running although recent rain made the going a bit muddy underfoot in places.

Last year Ben Hague of Rotherham Harriers and AC set a new course record by quite a margin. This year he beat his own record to bring the course record below 6 hours with an impressive time of 5 hours 57 minutes and 18 seconds. That represents an improvement of 3 minutes and 34 seconds.

Mick Cochrane was the first MV70 finisher out of 10 starters (2 DNF and 8 finishers). This was despite having a calf injury early on in the race.

This was the last race in the Runfurther 2019 series.

Points are awarded for the best results for a short, medium and long race in the series plus a fourth result from any category. Steven Jones was third MV50. In the team results Dark Peak Fell Runners were sixth (Steven Jones; Ian Challans; John Vernon with 6,321 points in total).