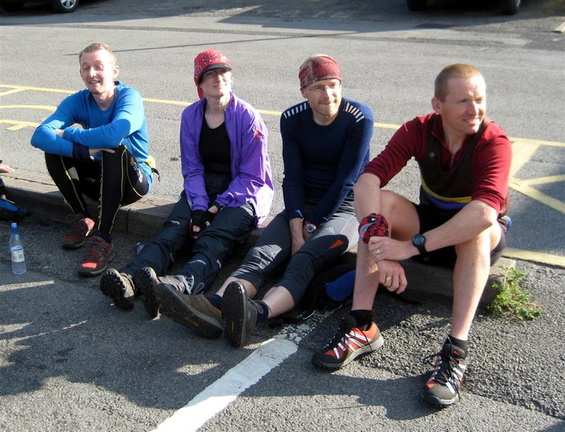 Sir David and the Blue Planet team may have been rightly lauded last night for raising awareness of the global plastics crisis, but in truth Dark Peak Fell Runners were already on the case.

Well, to be more precise, one Dark Peak Fell Runner was on the case. Namely Stuart Walker, whose innovative campaign Runners Against Rubbish is grabbing attention and pulling in members with its catchy logo, "Binners are Winners". RvR now has over 200 members and rising, and the success has encouraged Stu to launch an ambitious project to clean up the entire South West Coast Path this summer. That will take place from Friday 27th to Sunday 29th July this summer. Details on the RvR website here: http://runnersagainstrubbish.moonfruit.com/ptp/459...

Our club committee are encouraging us all to join in, and are keen to explore similar initiatives closer to home too. The first of these will be on Saturday 3rd March, when we aim to team up with RvR and the Sheffield Litter Pickers as part of the national #GBSpringClean that's being run by Keep Britain Tidy. The Litter Pickers are concentrating on the Firth Park area, which is one of the most blighted in the city in terms of rubbish and fly-tipping. We hope to join in by doing something loosely based on our legendary Great Urban Fell Race route, which has more than its fair share of plastic bottles and other miscellaneous debris. Possibly a competitive event, with the winners being the best binners according to some typically eccentric Dark Peak calculation that's yet to be devised. Stuart and I are knocking ideas around, but what we come up with will depend on how much interest there is. For now, it would be really helpful if you could email me if you think you'd like to muck in. We'll then aim to devise a plan, and hold a briefing in Tha Sportsmen when we're next all there for the Rivelin Landmarks race on Wednesday, 14th February. I'd also love to hear from you if you're at all interested in heading down to blitz the Coast Path in the summer. If there's enough interest, we might try to sort out club travel/accommodation.