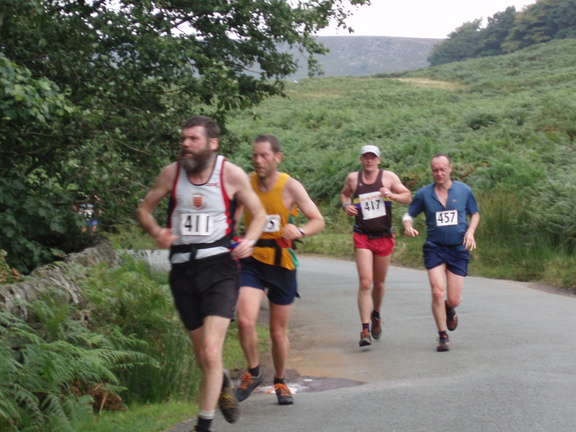 Duddon on Saturday was the third Carshare League race to have been been run in the last four weeks and we are now two thirds of the way through the calendar. Max heads the table and Greg is the leading vet, despite having been on an extended tour of South Cumbria during the Duddon race. With four races still to be run, anyone who has already completed just one race is in with a chance of winning the league. The next couple of Carshare League races are the Old Crown Round, a very good looking AL in the Northern Fells to be run from Hesket Newmarket on 20th July followed by the Scottish leg of the British Championship up and down Creag Dubh from Newtonmore on 3rd August.