Dark Peak Fell Runners
@dpfellrunners
Following discussion on our FB, have friends in other clubs been looking at whether lockdown easing allows retu…
8d • 24/06/2020 • 10:59 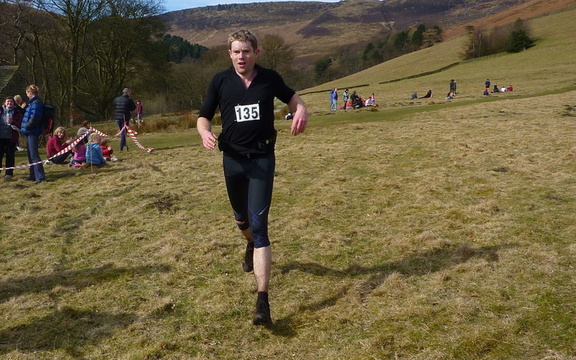 It is a pleasure to report that Tim Rutter completed the BG on Sunday 21st July.

Tim had originally been on the list for the club round in June, but personal circumstances meant that he had to withdraw from that. He was none the less determined to capitalise on his training and fitness. This postponed attempt was set for a Friday start, in line with the club’s usual schedule. He had a limited support team due to having to pull the attempt together at relatively short notice. A further spanner was thrown into the works by a poor weather forecast. This necessitated a slipping of the start by a day, to Saturday. His support team were able to accommodate this in their generosity. From the outset it appeared clear to remote “dot watchers” that Tim was looking to make good on statements about starting out on the club schedule and seeing what happens. After a cautious gain on leg 1, he was then seen to make time up hand over fist. The small team of supporters were run pretty hard. Paul Walwyn’s efforts are particularly notable for having stepped in to support leg 4, as well as the planned leg 3, after, a fall by another supporter.