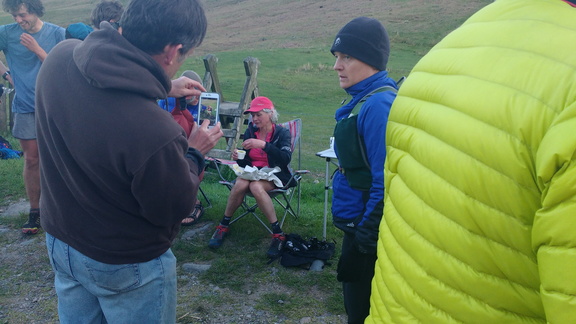 Well done to all in the British Fell Relays!

Well done to everyone who was involved in the British Fell Relays at the weekend. Whether you were running as part of a team or helping with the running of the event itself. Great job!


The results speak for themselves.
Congratulations!

With regards to the men’s A team. Some of you may not be aware that Shettleston Harriers who finished 3rd overall were later disqualified. They dropped their dibber within the last 100m or so of the finish on the final leg whilst contesting a sprint for 2nd. They crosses the line without the dibber and later returned for it. The dibber was downloaded and they had punched every control on route prior to crossing the line. After speaking to most of our A team (the ones that were still hanging around) Rhys and myself contested the decision of disqualification and asked Shettleston be reinstated. The officials decided to reject this and Shettleston remain officially disqualified. Rhys and myself informed those involved in the discussion that Dark Peak Men’s A team would decline the medals and so no one went up to collect them at the presentation.

Malcolm Patterson also let us know that the Shettleston team did not want to receive the medals either. This is understandable as they have not been officially reinstated.

I though best to let people know why we abstained from the prize presentation and as far as I, personally, am concerned Shettleston Harriers finished 3rd and our Men’s A team 4th.
A great race from both teams and we should not let this hang over such an awesome Dark Peak British Relay Championship.

Hope everyone had a great time,
Tom S