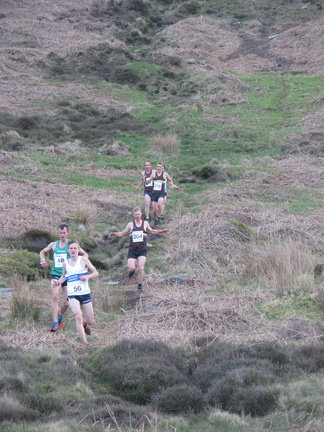 The Olympic race route, also known as the Blackden Beast, is now open for the coming summer. Date to be confirmed but late July / early August likely.

The route will be the same as in 2012 and 2016, with the record held by Tim Rutter in 62 minutes.
Only a select group of 21/22 runners have previously taken part, and it is a tough course with no flat ground and lots of climbing and descent and tussocks in abundance. Graham and myself survived gales and very slippy descents, to verify the route, and post a steady 1:50
Andy.