DPFR Juniors
@DpfrJ
English Athletic have now confirmed that group runs and group coaching have to be suspended under the English Novem…
22d • 4/11/2020 • 23:41 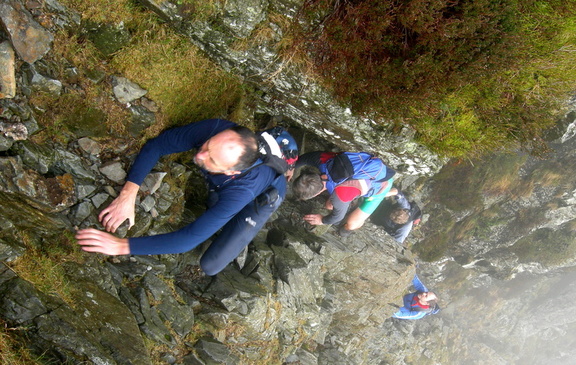 The time trial leagues were set up in April, in extremis. There was no organised sport and no understanding of when it might happen again. There was no racing and there has been an exceptionally limited return by November – when everything stopped again.

I’d hoped that we’d be lucky and not squeeze in more than ten races before we could return the mass start racing and organised runs. A vain hope, it turns out. We finished up with 28 counting races. The total upped by a glut of short, uphill only races in September.

By the summer it became clear that it was as useful to treat the races as a route to follow as it was to race round them, just for an excuse to get out. If the series returns in 2021, I’ll be encouraging completion as much as racing. For the longer and medium routes, the organisers have put a lot of thought into courses that take in some of the best terrain that the Dark Peak has to offer. Just getting out there can be good for the soul!

Rosie W was sitting at the top of the women’s league from the outset, by virtue of races completed. From early on, there was a question as to whether Majka would complete enough races to overtake Rosie. Majka won every race she started – an impressive streak. In the event, the uphill series in September totally changed the outcome. Sarah Lilleman leapt from 5th into the lead.

Sarah completed a mix of races short, medium and long and had a mix of these as her 10 counters.

Rosie was distinctly hampered in her low-key campaign to stay on top, by being unable to run in September & so missing out on the uphill sub-series.

In the men’s series, I managed to stay close to the top for a while in pursuit of the club philosophy that “it’s a poor person who can’t win their own race”. Nip and tuck with Jim P kept me on my toes for a while. Our usual slugfest - one to him one to me - trundled on for a while. We both got a lucky escape from that, when I had to stop racing! After that I steadily slipped down the rankings, as was inevitable really.

Tom Pape did a good job of staying up there in the league. Not as hampered by a 15 trigs round mid-season as you might think.

In the end, the men’s top five was pretty closely fought – except that Tom Brunt managed 9 wins out in 20 races. He could have used is discarded results to put in his own second team and come 3rd with 908 points! 1st & 3rd is not bad at all for one person!

I haven’t done a detailed look at the age groups, but both ends of the spectrum warrant comment. Ken Jones M70 - He’s done 18 races in the series and finished in 12th position. Only the youthful Steve Yeoman managed to get ahead of Ken with less than the 10 counting races. Ken’s performances have been out of this world. It has been suggested that the older he gets, the faster he gets. The other age group contender is without compare is Euan Patton. The Patton’s showing us all the way again! Running in the U17 category, he won over-all in the three uphill races he started. In these individual races, he beat all of the leading lights at the top of the TT league – given there’s at least a few senior National Championships counters in the defeated field, that definitely showing us the way!

The winners will be united with their glorious trophies in due course!

White Stones and Heart of Darkness

I'll happily take review comments on the races to find which of the new routes warrant re-running in future.

Fingers crossed for next season!