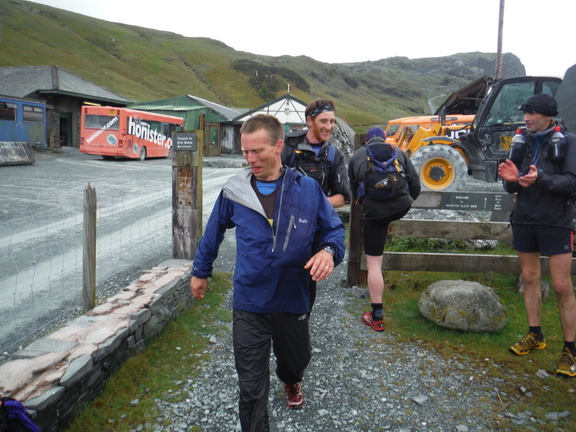 The 1997 rough running series got of to a fine start this year with the Loxley Lollop, held on Sunday 16th February. Despite the previous Saturday being warm and sunny the day dawned with strong south west winds, rain in the air with a bit of snow mixed in. The field began with 22 runners, down from last years 27 starters, but what was lacking in numbers was more than made up with talent.

Tom Westgate (last years winner) despite knocking twelve minutes off last years time ,only managed second place, the coveted Loxley trophy passing to Roger Woods who was second last year. Alan Yates lost his first Vets place to Jim Lawrenson who ran with the lead bunch all the way. Karen Green held on to first lady but knocking a good forty minutes off her previous time. There were no reported incidents which could lead people being proposed for the pertex trophy this year just the occasional ten minutes lost here and there. Also no injuries.

Nineteen of the starters finished, all within Five and a half hours which was much better that last year when only sixteen finished some taking so long that no time was recorded for them. Sixty Six pounds was raised towards the school bike rack fund.
Richard Hakes

Finally many thanks to all the helpers Andy Howe the time keeper, Jill Gunnee, Rachel Markham and Rod Douglas who undertook the marshalling, my wife Diane who did the tea and buns and finally the kids who helped a bit and generally ran around a lot.