DPFR Juniors
@DpfrJ
English Athletic have now confirmed that group runs and group coaching have to be suspended under the English Novem…
20d • 4/11/2020 • 23:41 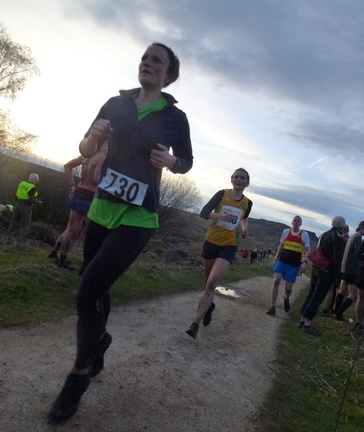 Stories from this race will grow and grow. It will go down in the history of fell running as one of the Great Epics; a day which could have so easily ended in tragedy. We woke to wind and rain and it didn\'t take too much imagination to picture conditions on the tops. My heart sank, fearing we would be sent on a low level route. But the forecast promised an improvement and they let us tackle the full route, a decision I was grateful for after a 500 mile drive to get there.

The real cause for concern was not so much the runners as the marshals. Conditions were only really serious around the summits of the Paps and runners were only exposed to these for relatively short periods whilst the marshals had to sit up there for hours.

The fun began within 15 minutes of the start as pockets of runners spread out in a variety of directions on the relatively featureless moorland in 10m visibility. Gradually it turned into the kind of map and compass day it was going to be. The first checkpoint was duly found, the second passed, though the marshals hadn\'t got there. The third was easy and then on the descent before the first big climb I was dropped by Rob and Roger, with whom I\'d been running, and I made my own way up the boulders to the summit. From then on I travelled in my own little world of howling wind, grey clag and looming rocks, passing the odd stud mark which showed I was not the only person out there. Time passed unnoticed: \"is that two and a half or three and a half hours now?\" I made up places between each summit without seeing anyone, though on the second Pap I passed people climbing on my descent route. Somebody had to be wrong.

Four of us converged on the last summit and I was last down to the road but from somewhere I found some rhythm and pulled back two places to round off a very satisfying day in the hills. Roger and Rob came in a few minutes later, Rob suffered quite severely from two broken ribs, the result of a gardening accident ... Behind them came the rescuer of the race, the great Don Booth.