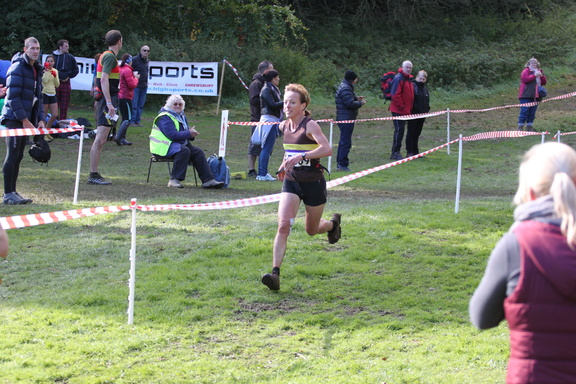 The National Trust ban on open access was lifted for a week enabling the race to go ahead without changes or embarrassment. The race was definitely for the young lads but they relied on Jonathon for early route finding. Without question, Andy Jenkins and Mark Hayman took the race beyond the chasing group. Alan Sealy seems to be running well on parenthood, keeping Rob at bay. This was a very well attended race especially as the school holidays had started. The thistles and nettles were not as horrendous as some years on the last climb and the midgies held off until the statutory hour mark when officials began to pack up.

Roy Small ran exceptionally well to move up by 5 minutes on last year but ironically
dropped a place due to the quality of the field. Graham Berry made a rare appearance
to prove his longstanding membership and, but for 4 long days out in the Welsh hills,
would have gone much faster. The surprise of the day, at least for me, was to see
Mark Harvey catching me at the stream crossing. Thinking he was on a training run I pulled away up the climb to Pike Low only for him to catch me again in the last wood. Only later I found out he had started a minute late! Well done Mark, nice to see you racing and in good trim... what about Colin Hughes now?