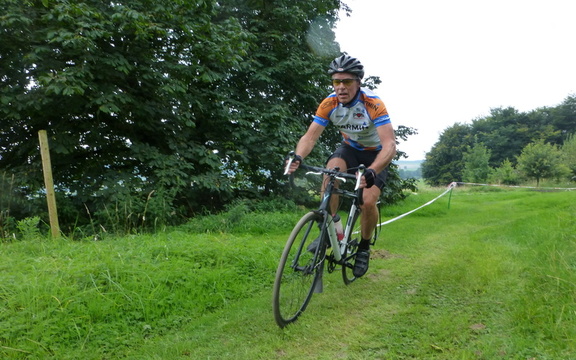 Back Tor and Beyond on Wednesday 4th May 2005

This is the last time that I will be organising this event as I am moving to a new home near Inverness this summer close to all the big mountains.

It was good to see 44 people turn out to compete along with a few others who were just out for a more gentle run. It was a beautiful evening for it , whatever you were doing . I decided that I would ‘run’ the race too, the first time I’ve been in a race since my new hip joint , (and I suspect it might be the last ). I ran all the way to the Back Tor trig ,albeit at a pretty slow pace , which was satisfying , but it got pretty crappy after that . I took the anti clockwise route unlike everybody else except James Hargreaves. (the winner ) . Horrifyingly I took nearly one hour longer than James who won it in an incredible time of 54 minutes 58 seconds. I can’t even use the excuse that I was ‘sweeping’ because I went in the opposite direction to everybody else. My only excuse is that artificial hip joints don’t like downhill running and I ended up walking pretty much all the way back from Lost Lad . Still it was a great evening for a walk too. James was the winner of the Ken Slack Strines Fell Race trophy and a jar of stony damson jam. Karen was first lady and she got a jar too.

It would be nice to think that the race will continue next year. I’m sure someone will take it up and maybe use the moorland north of the path ,now there is ‘open access’ . Wet Stones could be a check point or other rocks north of Back Tor . It could be longer and even more interesting if it was held at a weekend or later in the year when there is more daylight and all the nesting birds have flown. Anyway good luck to whoever takes it over. Bear in mind that both people who have organised this event over the last 20 years have ended up moving to the Highlands of Scotland.