Dark Peak Fell Runners
@dpfellrunners
RT @peakdistrict: Restoration works have started on the iconic #GreatRidge on #MamTor. Please be aware the path at the top between Hollin…
21d • 24/03/2021 • 13:11 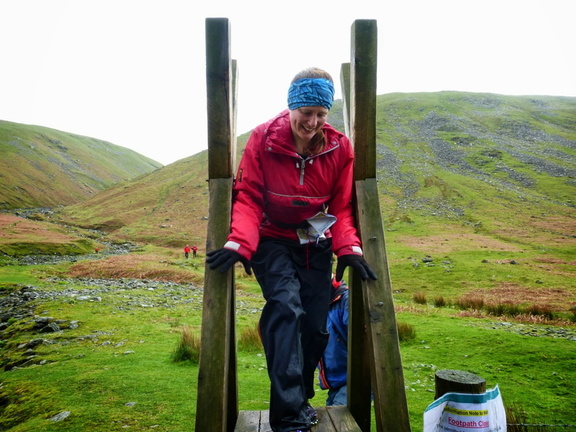 Until May of this year I had never visited the South Wales valleys. On that occasion they struck me as incredibly green and peaceful under a clear blue sky. Two months later I was quickly reassessing my views as I stared at grey mist covered forests. Within the first mile I had crawled on hands and knees for 100m, scrambled up a small crag and plodded through knee high tussocks; all before the first control.
Navigation was dependent upon a special OS 1:25,000 map composed of two original sheets. The catch was that one was 10 years older than the other. To compensate the planners had marked the significant new paths in red but it was still a little confusing in places. The courses also featured several traverses of local towns. Suggested routes or corridors were marked on the map and in my case ignoring these proved to be worth 10 minutes over other competitors! With courses already on the long side and the clag down, the towns proved a welcome relief for many. Several recounted how they had finished only after to a visit to shops or cafes of Treorchy and Treherbert. Others were seen hunting for buses and at least 4 arrived at the finish in a taxi!
The Capricorn differs from other mountain marathons in that it is based around a weekend campsite with no need to carry tents. As such it offers injury prone runners a chance to sample the experience without the extra burdens of the Karrimor or Rock and Rein. However, if you think that makes it a soft option then look at the retirement rates. I arrived thinking I\'d made a mistake and should have entered the B instead of the C but I never would have made it round day 1 of the B.
As for the elite, only 10 runners finished under the predicted maximum day 1 time of 7.5 hours. The courses and finish were kept open for another 1.5 hours beyond the original 8pm close. Rick came in at 8:30pm and still had four finishers behind him. Indeed the last finishers were glimpsed after 9:30pm clambering their way down in semi-darkness through the bracken covered boulders.
Day 2 couldn\'t have been more of a contrast, an almost perfect morning. Blue skies and clear visibility. With a chasing start and a 10 minute lead over Guy Cory-Wright (Alistair\'s brother), plus an unusually long first control which took me to the far side of the next valley, it was a delightful experience. As I reached the edge of the moor having crossed Rhondda-Fach there was miles of hill country around me and only one other person (including non-runners) visible.
OK, so you can always say the winner should have run the next class up but somebody\'s got to win and it took my best run of the year to achieve it. A very satisfying weekend - even if I am still feeling the effects!