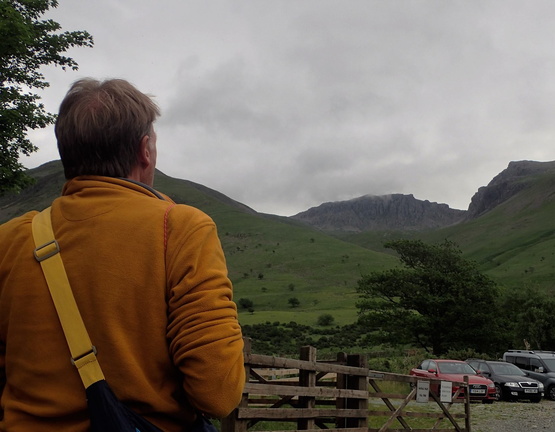 This year's race had been postponed to enable John and Margaret Edwards to celebrate their return from Canada by resuming charge of 'their' event. The special nature of the occasion was noticeable by the near record-turn out of competitors and the impressive army of volunteer helpers (to all of whom thanks are due, not least to the Hamilton-Edwards computerised results service). The return of the old management was also evident in the course marking, much improved on the lamentable standards of recent years. This, however did not prevent some familiar walkabouts/worsellings; the most spectacular was Hiro's excursion towards Lower Bradfield on the return - a disappointment to those who had laid money on the lad to wrest the (hat-trick) title from Tim and to take the Granville Harper Memorial Trophy overseas for the first time. The threat of Neil Goldsmith's Waltzing Weasel guiz team did not materialise, so McLewin and Griffies remain the only internationals to have successfully navigated across from Glossop to Dungworth.
Alan Yates

For those of you whose Japanese is a bit rusty here is a translation supplied by Jim Fulton with difficult words/ dubious translation shown in brackets* I went in the Dungworth (akahito) race the other Sunday. However, I took the wrong turning and you'll never believe (akabussi) where I ended up. Even though I managed somehow to struggle back to the finishing line, they disqualified (nakasonywalkman) mel Its a shame really but as I'd gone in to the race for the fun of it and because through taking the wrong turning I ran a tremendous distance you can look on it as being really good practise. One day, after much training (ninja), I hope to join the real men of the club who run with the head lights on each week.
Hiro
Ed. The handwritten translation, before being re-written in to more standard English, appeared to have the last sentence as follows:
"For it is said that we have raced against the real men who have heads with light sources." Now there's something to tell the grandchildren!