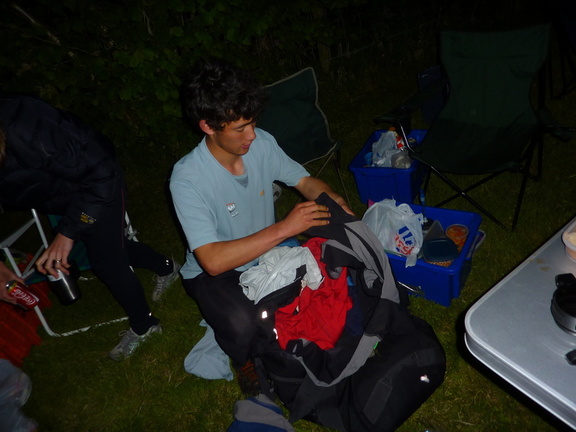 Having hobbled at Howarth, the Edale Skyline a week later seemed totally out of the question for me. I gave the knees a testing workout with a gentle four mile trundle round Burbage valley on the intervening Wednesday and declared myself possibly fit (though not fully recovered from celebrating reaching vet. status 2 days earlier).

Conditions for the Skyline were as good as you could wish for, the knees held out and, as did most, I managed a pb. Even so, I came in just after the third dog. Tim (Mackey) had volunteered to marshal and spent a couple of hours at coffin rock, as sick as the proverbial macaw at not being able to repeat his Skyline party piece of aimlessly staggering in swampy circles around Brown Knoll until someone gives him a Mars Bar.