Dark Peak Fell Runners
@dpfellrunners
RT @MoorlandMonitor: ✴️LARGE SHOOT ON MOSCAR TODAY✴️ A shoot has been reported south of the A57 at Hollow Meadows. This is close to popular…
1d • 26/09/2020 • 12:23 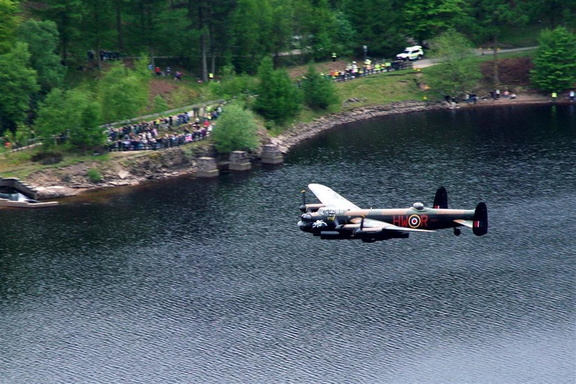 Driving north from Preston with Frank Thomas and Martin Stone in the early morning, the hills looked at their very best: washed green by the recent rains and sparkling clear in the sunshine. What a contrast to the previous weekend at Borrowdale when we had to 'run' in a Force 9 gale.
There was a much bigger field this year, with 69 starters; among them a good sprinkling of brown vests. Interestingly there wasn't one Sheffield-based Dark Peaker but an assorted southern contingent including last year's triumphant team.
Kevin led us all up Grassmoor but relinquished his lead to Colin Valentine on the run round to Mhiteless Pike. Alan Jones was also well up there. Frank had a death-defying descent through the bracken to catch me at Newland's House, with Martin not far behind. Not many climbed up beside the waterfall and I gained a few seconds on a group who took the long way round. The run along to Dale Head is possibly the best bit of the course. You can run almost all of it and the terrain allows you to take your eyes off the ground and appreciate the views across to the Scafell tops and swinging round to the Skiddaw Hills. Dale Head was idyllic and the descent to Honister very fast. The previous weekend we had been grinding up this.
At Honister I caught Kevin who was nursing a sprained ankle on the descents. On the flat and climb he got going again and pulled me along to Innominate Turn and around Haystacks on an excellent line he had reccied. We caught Alan Jones having a bad patch on High Stile. A black cloud to the east came to nothing and the sun continued to shine. Running along the edge of the crags with the Buttermere Valley spread out at our feet was perhaps the answer to the oft asked question "why do you do it?"
There was no passing Kevin on fair terms but I managed to Worsell him on the short cut from Scale Beck. I was thinking I might be about 15th as I ran down the final track and couldn't believe it when someone said I was 6th. Had I missed a checkpoint? There was only one tog left, so no. I failed to break four hours by a miserable eight seconds with Kevin finishing 7th, a couple of minutes behind.
Alan got going again to finish soon after and Frank and Bob Hamilton were fighting it out with Frank closing up a big gap to just 15 seconds. Martin, meanwhile, was sunbathing and taking photographs on High Stile until Sara Haines shamed him into getting going again.
Unfortunately our efforts weren't good enough to take the team prize as Mandale beat us by 13 minutes on aggregate time.
Bob fixed us all up with a meal courtesy of Tony Cresswell at the Buttermere Youth Hostel and the evening slipped comfortably by in the Bridge Hotel. Martin and I camped behind the pub whilst Frank and Bob retired to the Hostel
According to the reports the next morning, Frank excelled himself during the night by managing to fall from the top bunk. Strange effects that Theakstons has - he said he forgot he was in a bunk when he tried to get out of bed.
The result was a slight bruise to a finger which he deemed sufficient excuse not to run the Gategill. Martin appointed himself team photographer and with Kevin also opting out it was left to Bob and I to run up and down the hill. Tony Trowbridge arrived with the girls team but Bob led us all home, finishing an excellent 52nd. I ended up further behind the winner after only three miles than I had the day before after 20.