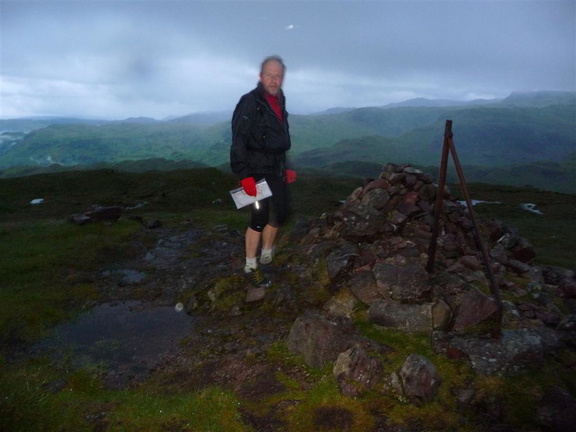 After the usual noisy banter on the bus we were treated to a cool but largely sunny spring day from Langsett Barn.  The route choice started from Bull Stones to Cold Side Crags below Long Edge overlooking Slippery Stones.  The direct lines seemed to be better.  Across the head of Howden Reservoir  and into the sweet but modest Ridge Clough just beyond Kings Tree.

There were plenty of options of how to cross the Westend – was it to be Fagney or Black Clough?.  There seemed to be little in it although my lines invariably seemed to be annoyingly slower.  We paid our respects at the Scout memorial stone in Alport before clocking in at Oyster cabin.

Across the Snake and to the 4th spring in Fair Brook (eternal? shame on those of us who failed to sign in at the whisky bottle) with time to contemplate the long crossing of Kinder to Moz’s Pimple beyond Crowden Tower with a long run into the Edale Railway café.

Everybody finished in good order with plenty of time for gallons of tea & more mindless chatter about the merits or otherwise of various route choices.

The order of merit was won by Dave Markham by a street,  Gavin came second for good mountain craft as ever  and a mention for Mick Stenton for getting his pointy thing out and making a good job of navigating himself around.  Moz sadly pulled a calf muscle early on the climb to Pike Lowe but deserves great credit for hauling himself over to Kings Tree followed by the bus to Fairholmes – bus to Sheffield Interchange – bus to Bradway – followed by a walk to the finish in good time to join the tea fest and rightly claim a finish.

Thanks to Moz for squeezing eight in his car on the way back (hope the mud flaps survived the trip Moz) and for much the same to Jill Gunnee in her people carrier.

P.S. if you look at my track you will see that some of us missed out the trip to Moz's Knoll in order to get back in time for tea! - JD