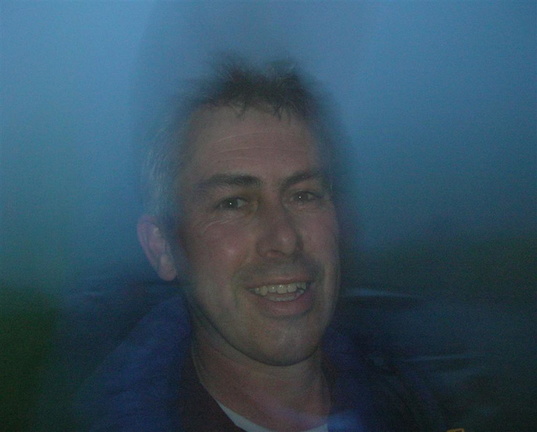 Jim Fulton did the route in reverse and took a set of photos which capture the delights of the course and the atmosphere of the 27th running of DPFR’s traditional ‘rite of autumn’ event. See the club webpage for these and for other pictures which may well be added to the folder in due course.

The pictorial record means that this year’s report can be briefer than usual.

A real ding-dong between Rob Little and Rhys Finlay-Robinson produced amazingly quick times for the first two places. They (together with an over-enthusiastic Keith Holmes) might have been disqualified within the first ten seconds, but the stewards’ enquiry decided to overlook their cheeky hypotenuse short-cut out of the playing field. Congratulations to Rob for getting his name engraved for the second time on the Granville Harper memorial trophy. Mrs Harper was unfortunately unable to attend the awards ceremony in The Royal, but she appreciated very much the cheery waves from participants as they passed her doorstep on the run-in back to Dungworth. She was also pleased to present Rob with the trophy in a private audience, on the same doorstep, prior to proceedings in the pub: see photos.

Anna Douglas of SHUOC was not intimidated by any of the goings-on and put in a very good performance to carry off the ladies moose-head trophy. Also clear-cut was Kelvin Bowskill’s undisputable claim on Hiro’s Fan (vulgar simulacrum thereof) for his dare-devil performance of the ‘Edwards alternative’ finish. This feat has not been attempted for many years now. Kelvin boldly took advantage of a 10-inch gap in the virtually continuous red and white tape marking the approach from the pub car park into the sports field. This enabled him to plunge off to the right into about half an acre of thigh-deep nettles before struggling up to the finish from the wrong direction. Other reported walk-abouts could not compete with this master-stroke from the PFR man.

No member of Knott Fell Runners participated, so that august institution does not have a club champion for 2011. At the time of writing the winner of the grotesque neo-fascist Brugarolas cup for the Loxley Valley Rough running series has not been made public.

Sue Buckle’s help with course management and time-keeping was greatly appreciated. The race’s regular benefactors are also thanked most sincerely: the office staff and footpath crew of Bradfield Parish Council; David Sanderson of Woodside Farm (pictured applauding John Gunnee in image 20/31 of Jim’s photo-dossier); the whole team at the Royal Hotel for the usual warm hospitality (and this year for emergency stationery supplies).

A statement of the race accounts is available on request.

Note the date for next year, the last Saturday in September, which will be 29/9/2012, usual time and place.