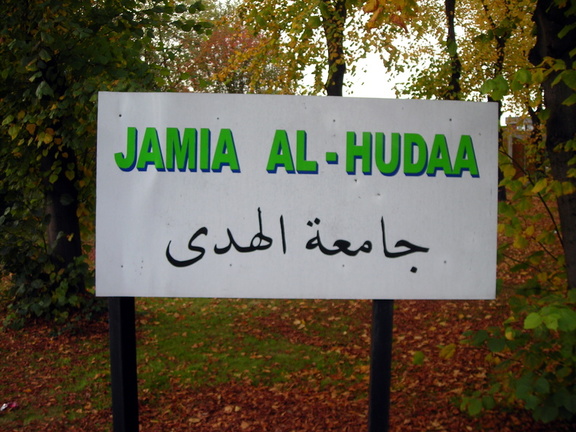 Once again we had a suitably jolly celebration of the ‘rites of autumn’, and a good turn-out despite competing attractions of national championship events and some local races. Penistone FR were represented this year by the debonair Gary Dean on his tod, so it was pleasing to welcome a cosmopolitan squad of Crookes Gentlemen Cyclers, in addition to some newcomers from Handsworth Roadhogs and Valley Hill Striders, none of whom seemed too traumatised by the experience.
The sloppy and slippery conditions underfoot, even though the course was impeccably tonsured and flagged, made for relatively slow times. John Pemberton seized his chance, in a close finish with Lawrence Piercy (watch out for these two in the future), and carried off the Granville Harper trophy. Hats off to wrinkled Jim Bell (V50), third-place just seconds behind the tyros. Nina Petchey could not contain her joy at winning the ladies’ moosehead. Hiro’s fan was not given to any of the (spoon-fed) competitors so it was, by unanimous consent, left in the custody of honorary starter Corin Yates (age 8).
The family atmosphere was enhanced by the attendance of Hamish and Trud Hamilton (supporting Nick and Kate), as well historic Dungworthies Will McLewin and Squire John Edwards. Mrs Harper was principal spectator and she received at home a small delegation in order to present officially the GH trophy to the winner. We’d previously given her a box of chocolates and the following message was on the card we received from her: ‘Thank you, fell runners, for the gift of chocolates. I shall enjoy them while watching TV. I appreciate your kindness.’
Our usual thanks go to farmers David Sanderson and Robert Gray, to the staff and footpath team of Bradfield PC and, of course, to all at the Royal Hotel for their hospitality.
Next running of The Royal Dungworth will be on September 28, 2013.