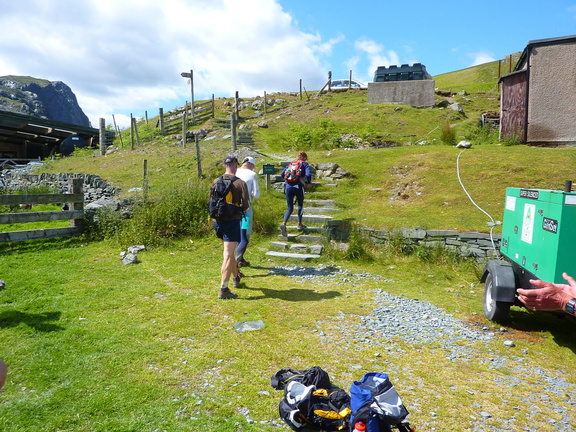 After last year's processions around the 7 'Hills' I decided to change them - well there are over 10 to choose from - and having long and short versions with a slightly different set of 7 in each race.  This achieved the first goal of splitting everyone up at the start and again as the race progressed. The long version took people across to Meersbrook, Gleadless and City Road - areas that few people ever run in.  Neil ran a superbly navigated race - taking the tricky, but slightly shorter, option from City Road back into town which I thought people would not see.  He came back 10 minutes clear of the Matt in second who by running a different direction from Anthony managed to break clear from him in the league.

The short - women and old and infirmed men (me) ran the shorter version. A sprint through the city, London Rd and Hunter's Bar - or the reverse.  I ran clockwise and everyone else ran counter-clockwise - but we never saw each other, having taken different routes through the London Rd to Abbeydale Rd section.

Next year maybe it will be a different set of 7 again.

The post race curry at the Rajput excelled as in previous years with copious amounts of poppadom, pickles, curry quaffed down with much beer from the Dram shop over the road.  Don't miss the next outing - Thurs Jan 17th, the North Stand race visiting the oldest football club ground in the world followed by Pizza (and beer).