Stuart Walker
@mrstuartwalker
After some challenging routefinding, a naughty torch off section, with bloody legs and shoes full of muck I finally…
30d • 20/12/2020 • 20:20 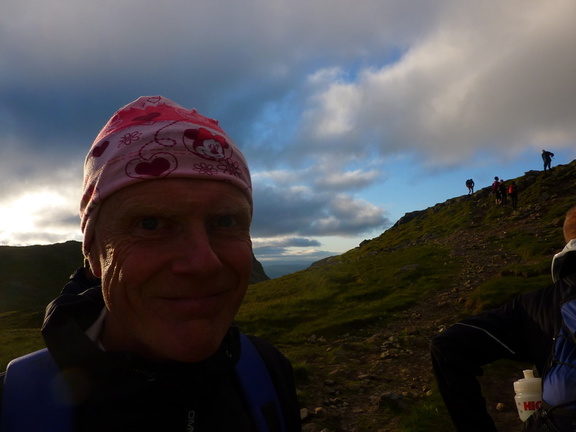 As you’ll all have gathered from the map and from the race title, my aim was to make the two combinations of controls as similar as possible, both in distance and the amount of climb/descent. As I laid the control at the knoll, I realised how tough the ground was both in and out of the little valley, and for me this would have tipped the balance towards going to the wall corner at the western end of the moor instead. A key decision was whether to go direct to and from the Start/finish to the eastern controls or to use the cairns path over the moor. The direct route would have been really tough going uphill at the end, but tolerable with a slight descent from the start. For my money, that means the optimum start would have been to run along the top of Burbage North until the path started dropping and then to run straight across the moor east-south-east to control 5, (which nobody did). Dropping off that control to Houndkirk Road would then give you a fast run over the cairns path and downhill to the top of the plantation where you could pick up the fence line down to 3, then the valley path to 7, a contour over to the path up to Winyard’s Nick, down to the wall corner and home. That produces a course planner’s optimum route of 5,3,7,1, which nobody used. Want to convince me I’m wrong? Buy me a pint and get the map out.

Note: Order of controls taken for each competitor is in the Comment column