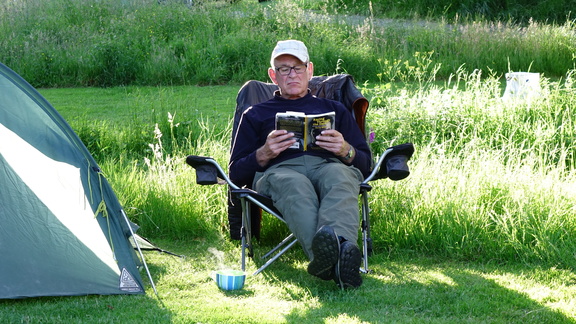 The race was won with ease by Neil who was chased home gamely by Dave, who surely had the 5 hour Buttermere in his legs. Good runs by Dave Holmes and Tom now divested of his Blazer. Tori and Fi also sped away on the early start and held their form well on a very testing course that probably was a shade too long for a mid-week race. It is very likely that next summer the original will be dusted off, enabling those who have demanded its return to really see what a lung buster this was/is and can anyone join the trio of Patterson/Tett/Harmer who have broken 30 minutes [all in separate races]

There were at least 5 starts, which made the documentation a tad awkward but these times/places are about right!

A good many runners still had tired legs as they encouraged the epic band of B.G. up the big hills of Lakeland.