Dark Peak Fell Runners
@dpfellrunners
RT @LongshawEstate: It’s like heaven on earth here today at Longshaw due to the great work done by collaboration of these local agencies,th…
23h • 12/08/2020 • 13:51 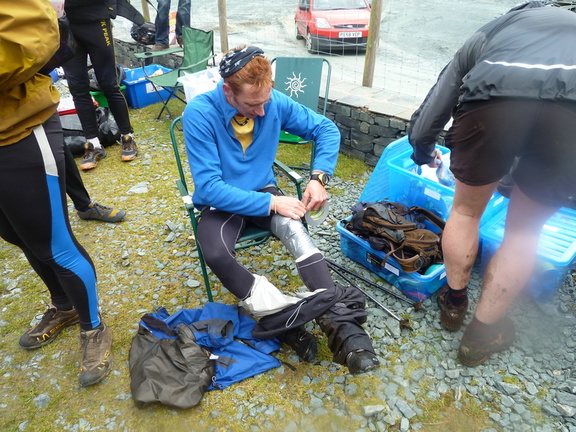 For various reasons, I was short of time to organise this one, and to get all the controls back in from last time. I decided to make a virtue of necessity and reconfigured some of the pre-existing controls. With the nights drawing in, it needed to be short and fast enough for everyone to have a fighting chance of getting back before dark, while also having enough navigational posers to make it feel challenging. I opted for a six-mile (ish) circuit that could be done either way round, with long runnable stretches and reasonably obvious macro navigation, but with a few teasers thrown in as you homed in on some of the controls.

Listening to the post-race analysis, it sounded as though quite a few of you found the two boulders fiddly, especially those of you who chose to tackle the one in the forest last, with the light fading. It was surely no coincidence that the first six runners all got this one out of the way early, opting for an anti-clockwise circuit. The most challenging long leg was between six and seven, (or seven and six). Did you opt for a straight line through potentially throttling bracken, get low in the valley, or climb Higgar-wards to descend again? Our winner Neil split the difference, went up towards Higgar and then took the little contouring trod along the side. He also worselled all his potential groupies by leaving control one until last and thus avoided the unseemly melee at the off. He won on the night, and also recorded the fastest time for the series. Pity Dave Peel wasn't able to make this one – he was sitting over four minutes ahead of Neil after the first two, and we could have had a real fight for the series beer.

Thanks to everyone for taking part, and to those of you who retired gracefully rather than blunder round in darkness, (sorry if I slightly misjudged the length). Special note to first-time Dark Peak runners Xose Portela and Lioba Struck, who have moved from Spain and Germany respectively to settle in Sheffield. They confessed they had little idea what was going on, but were game enough to spend ninety minutes trying to fathom the map and the area. Surprisingly, they returned saying they had enjoyed it and would be back for more. That's it until next year, if I decide to do it again. It's a lot of work, and maybe we need to find ways to split the load.

A financial footnote: The wet weather was a boon, prompting a few last minute purchases of the 80p map covers. This boosted the tin contents, meaning we ended up with an inconsequential deficit of 26p on the series, which the organiser will happily absorb. We bought three boxes of beer, which means a contribution of £36 to Woodhead Mountain Rescue.