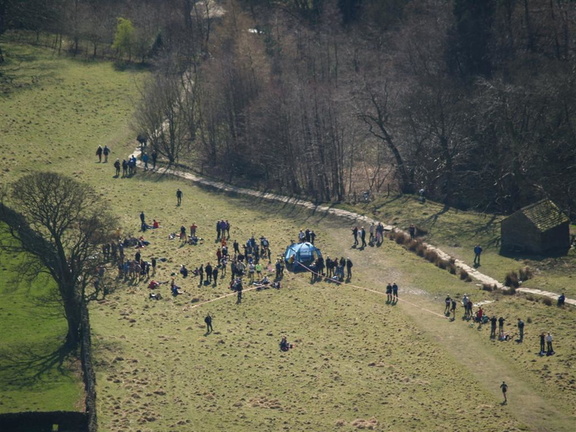 This was another well organised event from Richard Patton. The map area from last year had been extended, to give a totally different set of challenges. The key to route choice seemed to be joining up the two obvious map sectors to the east and west of the event centre. There was good route choice to be had and a mix of control placement, some being straightforward, others being less so.

The weather was less than helpful, with thick mist shrouding the top half of Kinder.

Richard Hunt was in his consistent good form for these events. Taking club honours with a high scoring 3rd place. There were a number of new faces from the club, doing their first score event. Tim Rutter (5th) being notable amongst them. More than a few people fell foul of the harsh penalties for late return.

Rose Paxman took strange delight in being a Vet for the day - able assisted in the matter by her father.