Fell Junior
@FellJunior
In the meantime, we're keen to see our great Juniors keeping active within the limitations for all of our wellbeing…
1d • 29/03/2020 • 22:03

Dark Peak Fell Runners
@dpfellrunners
Nice write up on what the warts ( well Graham Berry) are doing to find unrunnable terrain in these trying times!
2d • 28/03/2020 • 20:44 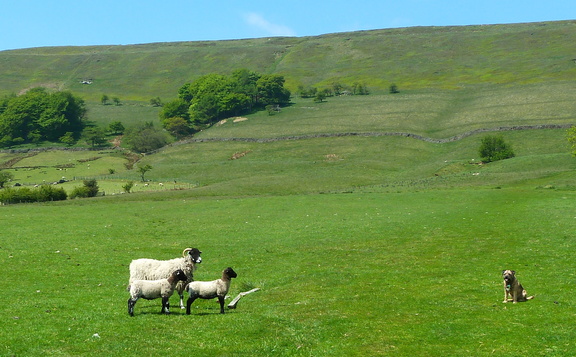 A select field of runners and riders competed in the inaugural running of the Bradfield Christmas Score, starting and finishing in Worrall. On foot, the 4 Dark Peak men were outnumbered by the Strideout ladies, and a number of different route options were attempted, with each tree receiving at least one visitor. A full round was only going to be possible for those on bike, and the 3 cyclists narrowly exceeded the 90 minute limit (a challenge for next yr perhaps?).

Post-race mulled wine and nibbles accompanied the prize giving. The winner's "trophy" and biscuits were awarded to Tim Rutter, whose route took in the trees of Worrall, Loxley, Stannington, Storrs, Dungworth, and both Low and High Bradfield. His filthy legs were evidence that this race was not all about the road, taking in sections of the Loxley Lunge and the Sheffield Country Walk. Prizes also to ladies winner Mrs G, joint LV40 winners Gay and Lottie, MV50 winner Tim Tett, and 1st cyclist David. A consolation prize was awarded to Simon Dixon as the only runner taking on the 250m climb up and over from Wharncliffe Side to Bradfield, only to lose most of his points by returning late.