Dark Peak Fell Runners
@dpfellrunners
@lliongerallt Its Rob Davidson, member of our running club. Good work Twitter. Follow me and I can dm you and share details
1d • 29/03/2020 • 13:04

Dark Peak Fell Runners
@dpfellrunners
Nice write up on what the warts ( well Graham Berry) are doing to find unrunnable terrain in these trying times!
1d • 28/03/2020 • 20:44 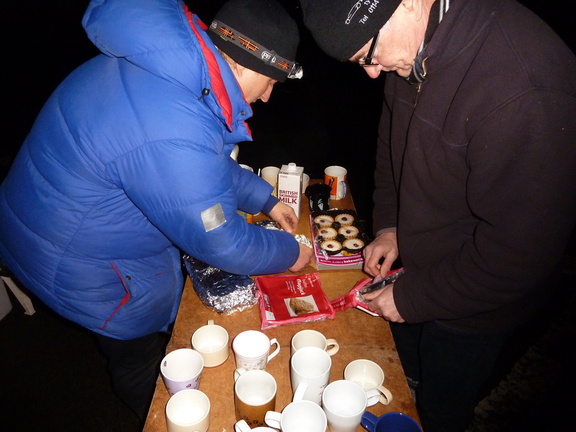 The weather offered a distinctly wintery aspect as we disembarked in the carpark, but fortunately cleared once we climbed out of Birchin Clough and across to Oyster Cabin for the first of three mossy crossings.

Dave, Ralph and Rich were friendly more or less throughout, with Rich almost stealing a march by taking the distinctly quicker high road on the run in. Paul took a chunk out of his shin descending to Glethering Clough where he, John B and Ian W (naturally) took a rather liberal interpretation of 'get feet wet in the waterfall' by just about placing a toe in the River Alport instead (a 'raging torrent', in the words of Mr W, not that that stopped our hardy leaders negotiating a line up it from the waterfall to t'other side of Nether Redale Clough).

Fi was comfortably the first woman home, as was Jim the first man and his dog (young Kipling). It was, in addition, a joy to find Roy in white underpants and camper van, and to welcome ex-chair Sanderson back to the fold, smarting somewhat from having been told variously in the past week that he was fat (Roger B and Geoff H), or dead (the whisky monitor and friends). Well he had a pretty good run, but having been lured into the Snake Inn afterwards for a couple of pints he probably returned home fatter, and a couple of steps closer to the grave.

A goodly outing, all told, and a race decidedly worth an annual place in the calendar ... even if the absent RO, Simon B, has deemed it too fine to warrant prizes.