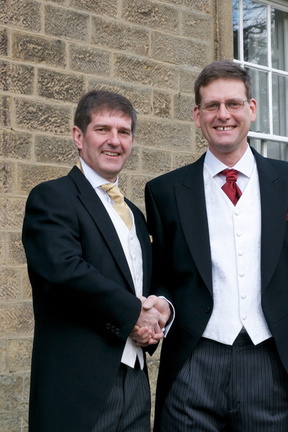 Notwithstanding the forecast, in the event there was more sunshine than hail, although the three peaks themselves were resplendent with snow from about two thirds of the way up. This made for some interesting short sections of descent - off Whernside in particular - and for some splendid views as well. Turns out, in your correspondent's view, that the race isn't quite such a dreadful trail run as anticipated, with a couple of good climbs and descents in the second half; not that I'll be returning in a hurry to see if I can get the pacing right in the first half.

Meanwhile, nearer the front end, the vets (John, Gareth and Craig) picked up second vets team prize, and Ralph, Carl, Rich and Kris picked up the Carshare League team prize. There were a number of new or newish members toeing the line, and a significant number of Carshare League newcomers, including good runs from Chris Armit (who I don't think I've met - possibly 'cos he was first DP home and gone before I shambled in?), the Wainwrights, mother and son (one of whom I have now met), and a returning Keith (who was predictably pleased to have beaten me).