Dark Peak Fell Runners
@dpfellrunners
RT @amblesideac: Have a look at the horrendous UTMB/Ironman business alliance then take a moment to relax as you realise you love fell runn…
2d • 7/05/2021 • 7:37 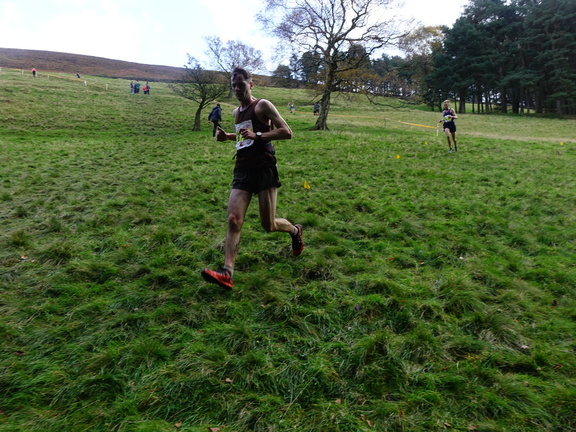 Pruning this year was mob-handed and also had celebrity appeal, with no less than the current Club Champion wielding his secateurs. It has to be said that John Gunnee's pruning was more impressive than his race time. The reverse applies to first-time combatant Keith Holmes, whose pruning was less than vigorous and was interpreted by the race organiser as a brazen attempt to recce the route and to pick the brains of those in the know. The pruning and taping finished just minutes before Neil arrived early to pit himself against Tim Tett's longstanding course record. Hats off to him and his new course record of 21:14, which must have involved some impressively reckless descending. That said, it might have fallen very quickly had Tom Saville not been diverted by some moronic tape-nickers on top of the crags. Good to see one of the club's top women redressing the gender imbalance, and setting another course record while she was at it. And I suppose Chris is going to claim one too, as the first heart bypass patient to get round inside forty minutes. Thanks to you all for coming. See you again next year.