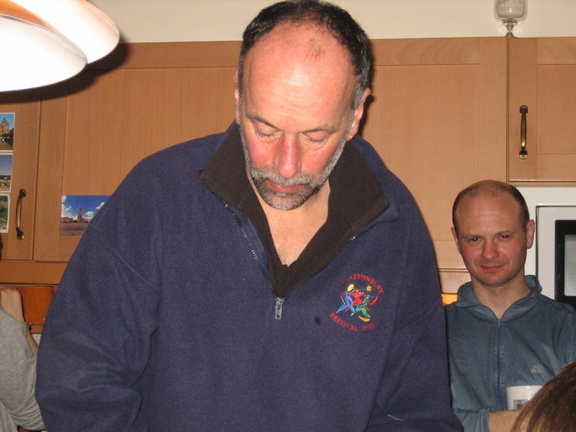 In spite of a busy racing weekend on the national scene, there were always going to be some local stalwarts who drew up at the foot of Birchen Clough of a Saturday morning. Conditions were favourable, with the ground pretty dry underfoot, and most runners were short-sleeved by the end with the heat of the sun. Neil made a brave effort on the hour, but the champagne remained unopened. No doubt his loneliness way out at the front didn't help – without the furious heels to spur a runner on. Mick Cockrane's V70 time and Fiona's win as first lady can also be singled out for praise.

Reporting from the rear, Andy, Eoin and I were in close proximity for much of the way, purporting to follow alternative lines around streams and peat hags that generally lead to very little advantage. There was an interesting split towards Ashop Cabin - Andy and I going up Thomson's Hollow, Eoin going direct from the footbridge – but we reassembled somewhere on Salvin Ridge. Finally, from Ashop Cabin Eoin dropped us with some serious acceleration but then scuppered his effort by climbing the ridgeline of Snake plantation rather than following the track through it – biggest error of the day, though not really one of Pertex proportions.