peakdistrictadventure
@peakdistrictad1
kinder spring, kinder gates, down fall, sandy heys trig and another spring Great to have an adventure on kinder wit…
17h • 10/08/2022 • 22:15 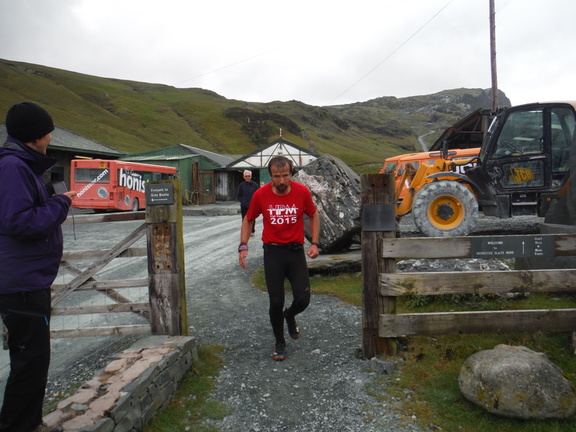 After 2 weeks of rain the Groughs on Kinder (yes they still exist) were glutinous, sufficient to slow runners down on this the 71st running of the race, returning to the classic version. A time near to 31/32 minutes was expected, and it's likely, judging from reports of Tom's descent time (3:03) that he was about a minute down at the knoll, but in the end he was a mere 8 seconds adrift. An absolutely superb run that with drier conditions would have seen a time around 29 minutes.

The 2 separate races worked well, enabling the also rans to cheer Tom home, not that there were any slouches in the first race with Euan and Pete putting down great times, there was a good turn out in the women section with Helen ahead of Kirsty, chased home by Emily, Sarah and Martha and Fi. There were 4 runners over 70, with evergreen Barry(over 75) holding off 4 younger laggards.
NB. in the first running 21 of the 25 runners were inside 40 minutes including Alan Yates 35:08, Roger Baueister, 35:38, Dave Holmes 36:35 as well as Tim 29:54, Andy 30:41, Graham 31:19 which still suggests that apart from Tom the standard in those far of days was generally much better?
Andy