Dark Peak Fell Runners
@dpfellrunners
RT @amblesideac: Have a look at the horrendous UTMB/Ironman business alliance then take a moment to relax as you realise you love fell runn…
13h • 7/05/2021 • 7:37 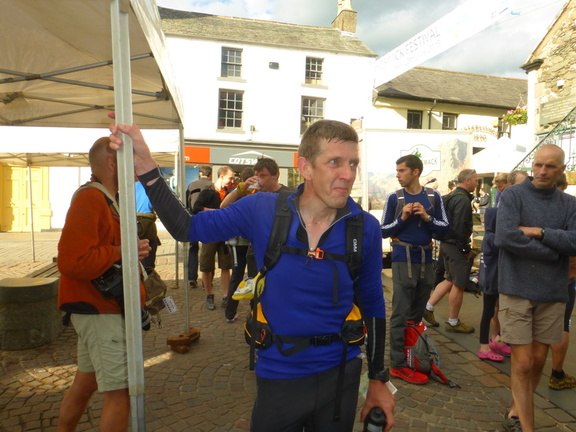 This was the inaugural running of the Ashop Horseshoe. Circumstances required it be run s a time trial. Responses suggest it should be retained in the calendar and hopefully in future years it can be run as a mass start instead. The course had a lot more running than many races and a lot less undergrowth than some expected. The weather was variable for the entire window of opportunity, cloud & mist, rain and high winds characterised most people’s runs in some combination. Visibility seems to have been a challenge for many. For a relatively straightforward route there were a good number of walk-a-bouts.The results administrator made a minor hash of the first climb, followed by a brief attempt to head off to the downfall and finally a near miss on the within clough junction. One person inexplicably failed to got to Mill Hill – the “hill” part of the name apparently causing some confusion – they paid with a hefty penalty. Slightly oddly, this means the women’s course record also includes a five minute penalty. More than a few missed the Within Clough Junction; the more impressive attempts found the Pennine Way slabs again. Jim was in generous mood about the Within Clough indiscretions, on the basis the point was to exclude the Pennine Way slabs from Mill hill. Most that made a mess of this ended up doing more, not less in the correction. Descent from Featherbed Moss and the run in to the finish both elicited a variety of strategies; some good, some bad and lots of debatable merit. So lots more to investigate for future years.