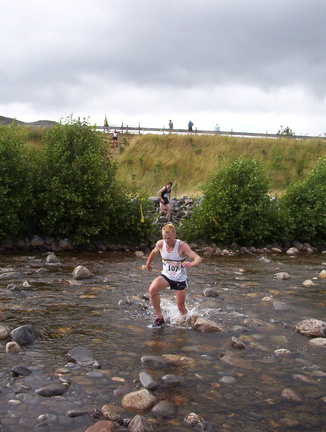 Not the usual format for this classic due to 'social distancing' - not that people get close to one another once a race like this starts - but it did lead to some interesting results and the largest turnout for quite a few years.

We had a week of extreme weather to go with extreme times - temperatures in the 30's on at least one day and then in the 10s on others, wind in the 50s over the weekend and dead calm on others. So people's expectations were often thwarted by the conditions with mid week runs included extra stream crossings/submersions and people being blown over at the weekend.

Despite the variable conditions there was one superb run from Majka who was leading for much of the week until the fast men waited for cooler weather. And despite running the race on several occasions previously several people (you can nervously await the Pertex awards) made time-wasting navigational errors as did some of the Alport novices - most of these being in the woods climbing out of Alport. Hopefully it will be back to head to head racing next year.