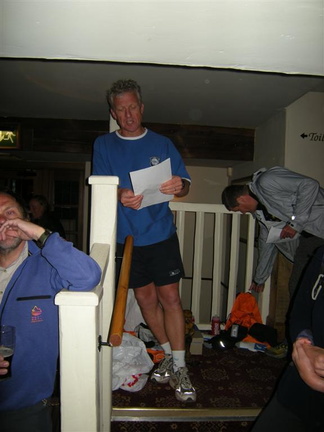 RO’s report is in the form of a collage of varying experiences. The names have been omitted to protect the guilty.

Enjoyed it, pretty pleased to get round and happy that I found the wet bits.I thought it was going to be harder to find given the recent rain but the description linked was very helpful.

What a cracking route - haven’t done it before so I was pleased to hit all 4 springs bang on. All had a good flow of water - presumably due to the rain a couple of days ago. Went for a “directissima” from CP 2 to CP3 which may have been a mistake but seemed more aesthetically pleasing that heading back up to the edge path.

Now that 45 minutes has elapsed since I finished running, I’m now enjoying having been out. I found that last bit, from when we met up with the rest of you, to be very hard work. But that’s the point after all!

Still not sure if going to upper seal clough first was a good choice, but a bad lines cost me time.

Thanks for the top tips for locating the springs and for choosing the right lines.

I ran the Kinder Springs race today. It's the first time I've run it and it was a great route. Definitely one to do again! Clear weather helped massively with navigation so I found some nice-ish lines.

I thoroughly enjoyed my outing today in the glorious sunshine.

A really tough route across difficult terrain, with lots of opportunities for route choice. I now remember why it's been 4 years since I last ran it. I was over ten minutes slower this time. No difficulties finding the springs, but took some morale sapping poor lines in between them.

Managed 1,2 & 3 but lost my map & glasses then went astray across Kinder. Got drawn into the Kinder river, tried to recover but ran out of steam crossing the groughs & just headed back. Good day in the hills though.