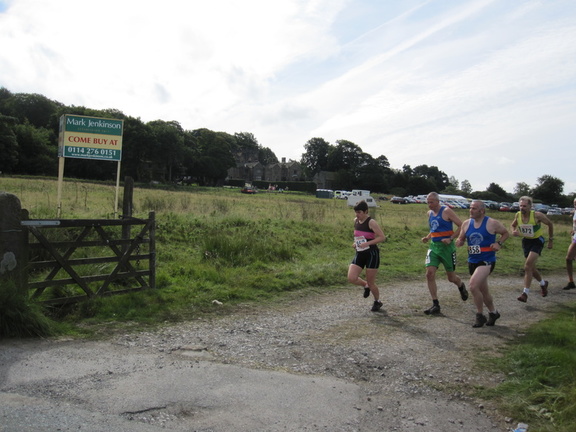 The final race route in the mini series was almost the reverse of the first. Tim Rutter was the winner by a few minutes with the next few contenders being close in time to each other, which would have made an interesting finish if it had been a mass start.

Seven runners completed all four races in the mini series. The absence of Tom Brunt and Jack Foxhall in this final race, allowed myself to sneak in with the lowest cumulative time for all the races, despite having finished no higher than 3rd in any of the races. As the old Dark Peak adage goes, 'It is a poor man that can't win his own race.'