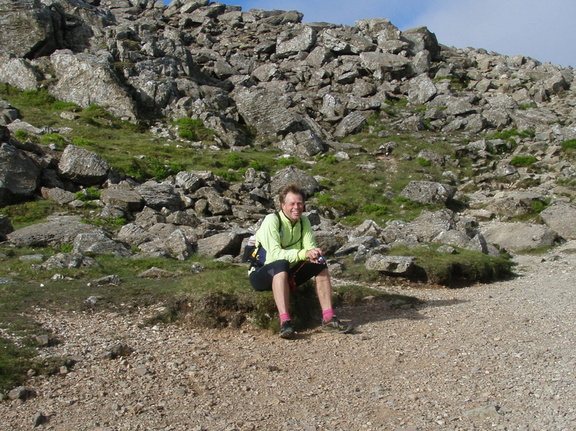 Despite attempts to introduce a new checkpoint (444) near Jaggers Clough, the recent route was declared. A gaggle of 5/6 runners gathered at Jubilee cabin before Dave and Gavin took the best line to the Youth Hostel. Approaching Kinder Edge Mark tried to close on the leaders, with Phil not far behind. The mist had well closed in, and few returned without stories to tell. Dave and Gavin remained sane whilst Mark had a deviation or two. Phil Crowson eventually turned up "hours" later rambling incoherently about Grindsbrook. However as he had no map, compass or helly he could easily have come to grief on Grinah Stones, Crowden Tower or Lost Lad.

The chasing group did little better; Rob, Roy, Paul and myself took in the delights of Jaggers for a second time. The only acceptable route choice of the night was by Jim, Tim, and Mike who found treasure near CP2 and handed the booty to the warden at Edale.

This is a rather fine route taking in the Youth Hostel. However the original direct climb to the Knoll has to be preferred. I will explore the 444 point over the coming months as the pundits appear interested. I reiterate again, should any "stars" feel up to challenging the records of 29:37 Malcolm or 29:40 myself (vets) the original classic could reappear.

NB Safety : Depending upon visibility and weather I would strongly advise that a compass/ map / long sleeved top is carried on this course. Possibly a whistle as well. I was increasingly anxious about having to call the Mountain Rescue out as the night approached.